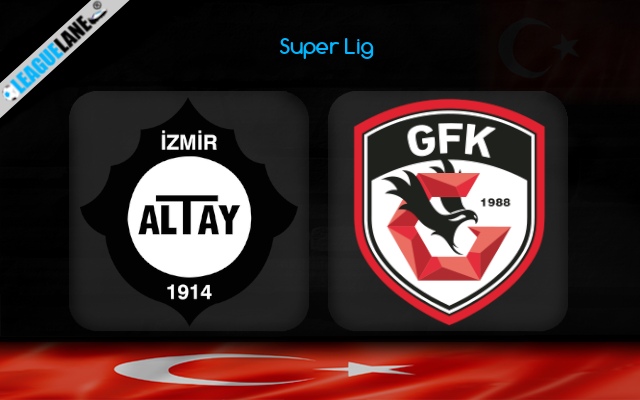 Altay are not pulling up any trees since the beginning of this season. They have a dreadful form so far. They sits 19th on the table with their unpleasant performance this season. However, their recent inconsistent form is far better than their overall dreadful form.

They lost their most recent league fixture away from home against Besiktas. They bagged one unanswered goal in that match. They will be expecting to better themselves in their next league fixture scheduled at home.

Meanwhile, Gaziantep have only won once in the past 6 league fixtures. They were having a decent form since the beginning of this season. But they have been following a seesaw of form in the league of late.

They sits 10th on the table with a total of 36 points. They are 8 points away from the safe zone and will be eyeing for a spot inside the first four by decreasing the gap between them and the promotion zone on the table.

By the looks of things, expect a tight encounter at Altay Alsancak Stadi on Sunday when these two Super Lig clubs meets in the 27th Round with desperation of sealing three points.

Their head to head trend and the current form suggests a draw. Their past two h2h encounters at this venue ended up in a draw. In fact, they have recorded five draws in the total 7 h2h meetings at this venue.

Gaziantep are winless in each of their past three league fixtures on road. They have also failed to score one overe the course of those games.

Similarly, Altay are yet to score a goal at home since December 2021. They are also winless in most of their recent league fixtures at home.

Analyzing all the above stats, we expect them to record a draw at the end of this one. They both might well end up canceling each other.