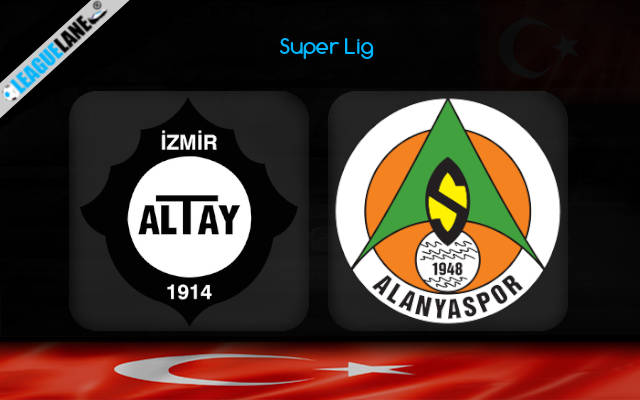 In game week 21 of Super Lig, Alanyaspor travels to Izmir for their next match against Altay on Sunday.

With yet another loss to their name, Altay has moved down the table to 18th position on the league table with 18 points from 20 matches. The last match was against Kayserispor in which they scored the only goal in the match. The match ended with 1-0 FT score.

Alanyaspor sits in the 10th position on the league table with 29 points from 20 matches. Their last match against third placed Istanbul Basaksehir ended in a draw. The match ended with 1-1 FT score.

Alanya continues on their no-win streak after the draw in the last match. They started off the season with a well-performing team but has lost their form after a couple of matches. They are having difficulty in finding a win for the team. Even though the team has scored in the last seven matches, they have only two wins to show from the matches.

From the ten away matches the team has played, they have scored in seven and won in four matches. They have a mixed result to show in away matches.

Altay has the advantage of playing in their home ground in the match. But their results in the recent home matches have not been satisfactory. They have scored in their last home matches and will continue to do so in the next match as well.