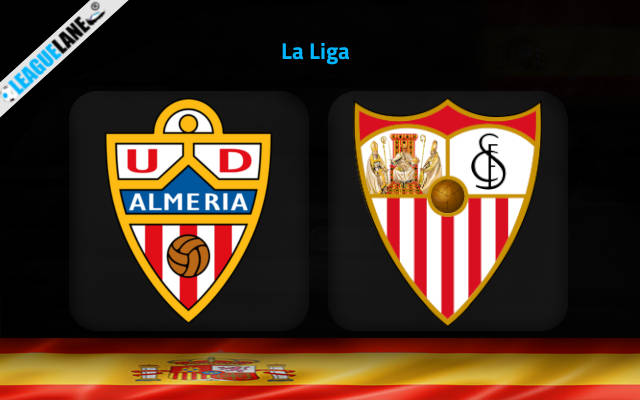 Julen Lopetegui has big problems to find the right rhythm for Sevilla at the beginning of the season.

Los Rojiblancoc took just one point from the inaugural two rounds of the new season. It is a subpar return if we know their rivals included the likes of Osasuna and Valladolid along the way.

Sevilla thus only continued with their weak performances from preseason exhibitions where they suffered some tough defeats such as the 6-0 one to Arsenal at The Emirates Cup.

Lopetegui’s troops will be desperate to record their maiden win of the season on Saturday evening when they travel to Estadio de los Juegos Mediterraneos to take on newly-promoted Almeria in the third round of the competition.

They were close to claiming a big result against champions Real Madrid on the opening day but Los Blancos managed to turn the game around and beat them 1-2 with two late goals two weeks ago.

Almeria then took their first point in the second round by offering a fine overall display in a 1-1 stalemate away at Elche. Can they take advantage of Sevilla’s early slump in form and pick up a result on Saturday?

Sevilla may have opened the season in a dismal fashion but this is just the right moment for them to shift the fortunes around and get their campaign up and running before it’s too late.

We like the 2.15 odds offered for the away win knowing that Sevilla have defeated Almeria six times in the previous seven visits to Estadio de los Juegos Mediterraneos. You can also back Sevilla to keep a clean sheet at the 2.50 odds knowing they have only allowed 13 goals in 19 league games on the road last season.