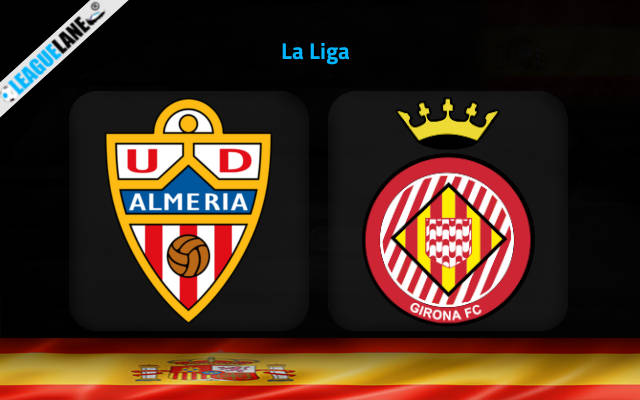 Both Almeria and Girona secured promotion to the top flight at the end of the previous season, and exactly as expected they are struggling to find footing in the Spanish top flight.

The squads are letting in goals in huge numbers, and are deservedly placed in the bottom-most tier of the table.

Defense has been a non-factor for either of these teams so far in the competition, and with added pressure to perform here on, things will only get worse for them.

Almeria are placed 18th in a table of 20, and so far they were able to register just two wins. They also lost the most number of matches in the tournament, and only a handful of teams let in more goals than them in the entire league.

Meanwhile, Girona are placed 15th in the table, and both teams were winless in four of the past five match-days in the La Liga.

Furthermore, Girona have a 100% losing record on the road, barring a single draw. And this sole draw came against the rather weak Mallorca.

It goes without saying that both these teams have put themselves under intense pressure. They need to post some urgent points on the board, and in all likelihood these two will target each other for a much-needed win.

It sounds like a perfect recipe for a goal-fest, and it is also to be noted that previous h2h meetings saw goals coming in plenty.

By the looks of things, expect a high-scoring affair this Thursday.

Almeria lost most of their recent fixtures, and their defense failed to show up at least a bit in any of these games.

They are yet to keep a clean sheet at home this season, and it has little chance of happening this Thursday under these circumstances.

On the other hand, Girona failed to register a single clean sheet in any competition this season, and the scenario becomes worse for their defense when their form on the road is considered.

Judging recent performances form either team, chances are high that we are about to witness a goal-fest this Thursday.

Tips for Almeria vs Girona