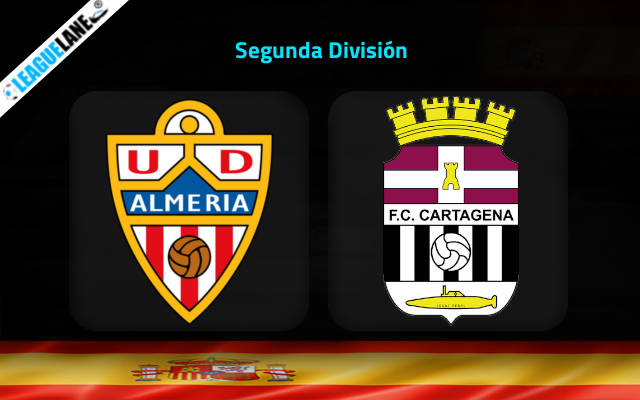 Cartagena are unbeaten in three straight games in the league, but such a run will count for little when they come face to face with Almeria who have been going with the same momentum since the beginning of the league. They have won 14 games so far an are occupied at the top position of the table with a total of 45 points.

They hosts Cartegana who sits in 8th position with 30 points collected from 9 wins and 3 drawn matches out of their 21 matches this season.

Cartagena will travel to Estadio de los Juegos Mediterraneos off the back of three defeats and two draws in the last 5 LaLiga 2 games on road, netting just three goals in the process.

They produced one of their best performance this season on the second last Sunday of December when they bagged three unanswered goals past Mirandes at home. It was a victory that ended a three win-less thread for Carrion and his troops.

While the hosts have managed to fix the impression after a 1-0 defeat against Eibar 10 games ago. They are going unbeaten since then. They have managed to register 8 wins in that course of time and secures themselves in the top of the table.

Rubi’s squad have kept their net untouched in six of the last 10 LaLiga 2 games. They have only conceded four goals in that time which is quiet impressive.

We’ve got the feeling that Almeria will most probably get the win and a possible clean sheet against FC Cartagena, who will probably not find it easy scoring a goal of their own. We reckon that it will be a controlled 2-0 win for Almeria.