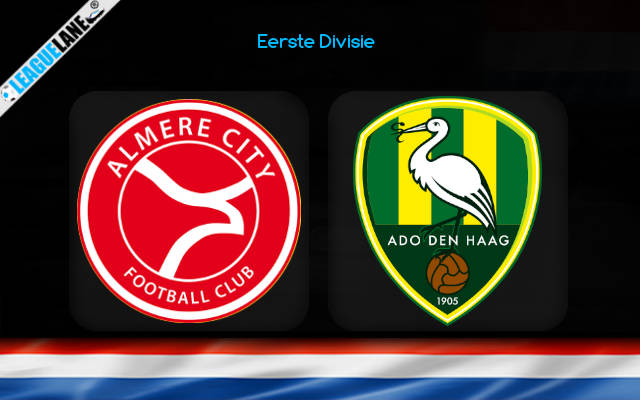 Almere vs ADO Den Haag Predictions and Free Tips from our expert tipsters when the teams go head-to-head in Eerste Divisie on Sunday, 11 December 2022.

Almere conceded their sixth defeat of the season as they could not get past MVV. They will now aim to bounce back with a victory as their opponents are not in a good shape.

The last time Den Haag won a league fixture was nearly two months back. They are currently in the seventeenth position on the table.

In the last five head-to-head meetings, the host have only celebrated one victory. The visitors on the other hand, are on a two-game winning streak against this side.

It has been over fifteen years since the last time the host won this fixture at their home.

The host are unbeaten in two of the last four overall meetings.

Who will win the match between Almere and ADO Den Haag

Even though the visitors have a decent winning record against this team, they are not the same team anymore. They have lost 50% of their matches this season. Therefore, we can expect the host to take home all three points

We can expect over 2.5 goals combined. At this ground, at least three goals have been scored in the last two meetings.

The visitors are winless in their last two away games. Moreover, they are just a few points above the relegation zone. We can back Almere to win this fixture – at 2.00 odd. They are on a three-game winning streak at home.

Our second tip is that Over 2.5 goals with Both teams to score – at 1.95. Both teams have scored a combined total of nine goals in the last two head-to-head meetings.