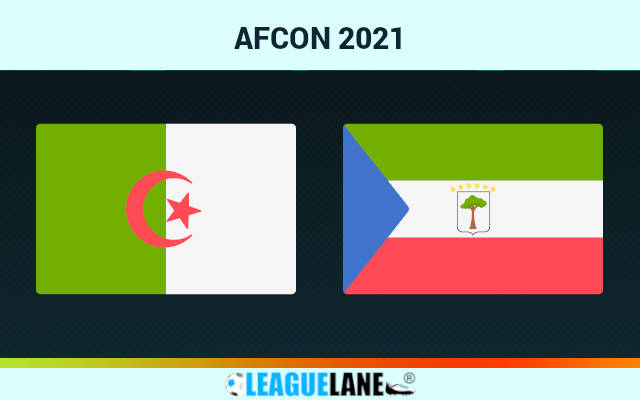 Algeria are the reigning champions of the competition, and they are well-set to go after one more winners’ medal this year.

Meanwhile, Equatorial Guinea had failed to qualify for the previous edition of the competition, and even this time around, they had barely managed to secure a ticket.

There’s no doubt as to who has the upper hand as these two take on each other at the Japoma Stadium. The champs will be eager to make use of this easier fixture, and build some momentum – which would come in use once the knockout stage gets going.

Expect the Algerians to deliver a comprehensive win this Sunday.

Algeria were held to a 0-0 draw in the opener, by Sierra Leone. And this will probably motivate them to go after a huge win this weekend. After all, they will be keen to get to the knockouts as group champions.

The team has been in good form lately. They are on a 28-match unbeaten streak, stretching back to October of 2019. In fact, they had remained unbeaten in 45 of their last 46 games, and the sole loss during this stretch had come against Morocco.

On the other hand, Guinea lost 0-1 against Ivory Coast, and already are placed bottom-most in the group. They were also winless in 35 of their past 49 matches, and their rare wins during this run had come against some of the weakest teams in Africa.

Considering recent form, ranking, previous performances in the Cup of Nations etc, expect the reigning title-holders to deliver a convincing win this Sunday.

Tips for Algeria vs Equatorial Guinea