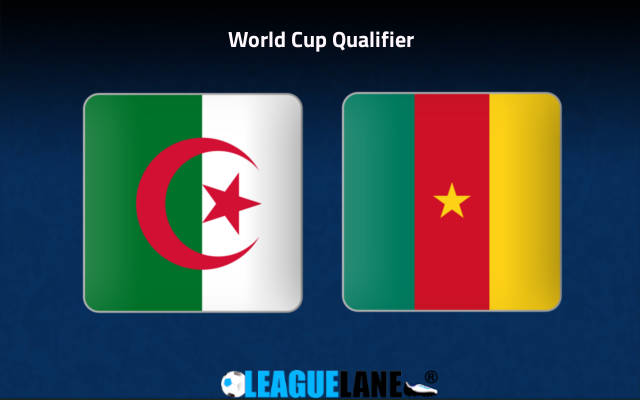 Cameroon are seeking to reach the World Cup finals for the 8th time in their history and they hope to do the same here in the second-leg at Stade Mustapha Tchaker this Tuesday after coming off their first-leg clash schedule at home.

Algeria won Group A with no defeats while gaining 4 wins and 2 draws. They won the Arab Cup last December, defeating Tunishia by 2-0 on extra time. However, they were shockingly crashed out of the AFCON in the group stages 2 months back.

The Desert warriors lost the last 2 games against Ivory Coast and Equatorial Guinea which ended their hopes of African Cup of Nations. They will be looking to put their disappointing continental display behind them and book a place at the 2022 FIFA Qatar WC.

After hosting the AFCON, in which Cameroon finished as third runners-up. They will try to qualify for another World Cup, having a streak of four consecutive appearances which is a record in the continent.

Cameroon cleared off Ivory Coast in their final Group D fixture, which saw them emerge as group winners with a tally of 15 points from a possible 18. Since they did not participate in 2018 Russia World cup, four years ago they will be keen to confirm their place in Qatar this time around.

Algeria lost only once of their last 27 games played at home ground which on itself is incredible and that too happened previously against Equatorial Guinea by 0-1. They were the previous champions of Africa, and though have failed to defend their crown, they have a remarkable attacking front.

Cameroon is currently on a 5-game unbeaten run with winning 4 of them. They have also won once against his foe on road but that was long back in 1984.

We envisage the home side to have the upper hand in this game depending on their previous first-leg outcome.