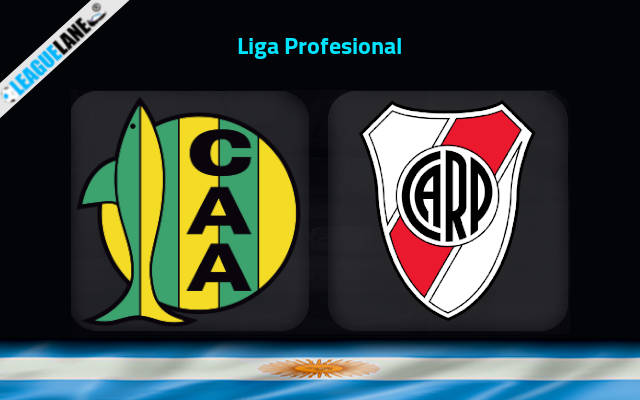 Gameweek 10 of Liga Profesional is set for this weekend as Aldosivi play host to River Plate where both these sides differ by 4 points but are separated by 8 places. These two teams will be seen clashing at Estadio José María Minella, this Sunday.

River Plate is at the 19th spot on the standing with 9 points from 8 games. They won 2 times in the league while having drawn and lost 3 games each. The visitors have seen netting frequently but they tend to concede more of the same which hints that some defensive adjustments is needed.

In the game prior to this, the visitors drew 2-2 in the Superliga tie with Velez Sarsfield. They have seen getting scored against in 5 of their last 6 matches, seeing their opponents hit 9 goals overall.

On the other hand, Aldosivi resides at the rock bottom closing the 28th position on the table with a mere 5 points. Of the 9 matches played, they won only once in the league while drawn 2 times and have lost on 6 other occasions. Their total goals to conceding ratio stands at 6:51 which is the worst in Liga Profesional, showcasing their dreadful lineup.

The hosts prepare for this game after a 1-1 league draw against Colon. They have also have seen their defense breached in 5 of their previous 6 clashes, shipping 11 goals on the way. Coming into this one, Aldosivi has picked up just 4 points from the last 5 games, both home and away.

River Plate won the last 4 h2hs in a row maintaining 2 cleansheets. It’s possible we will see a couple of goals here, with the last 5 games for them ended with 2 goals or more being scored.

Meanwhile, Things have not been going that well in front of goal for Aldosivi recently, with the side failing to score in 2 of the last 5 games. They even won just one home game in this competition.

By the looks of things, expect a victory for River Plate this Sunday.