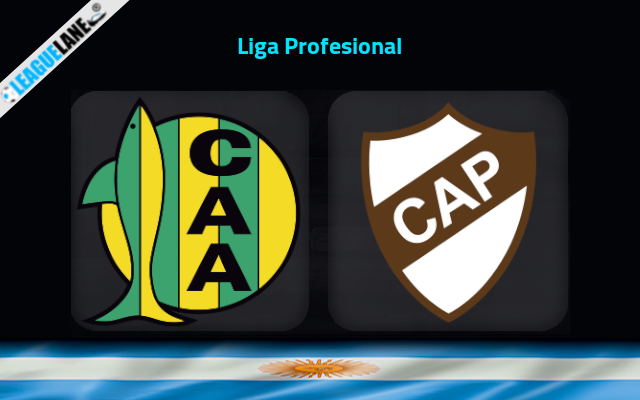 Aldosivi followed the above form to face their opening league opponent this season. It was an on road match against Argentinos Juniors and the match ended up in a 2-1 defeat for them. Since then, they lost another two games in the league to remain winless for three league games in a row.

Meanwhile, Platense had a disappointing form before entering this Liga Profesional season. They were following a winless streak across all competitions. Such a form wont help them to have decent spirits to enter a competitive campaign.

But for a change, Platense started off this season with a 2-1 win against Godoy Cruz at home. They extended the winning run by adding another one to the list, outscoring Velez Sarsfield in their second league fixture on road. The above results might allow them to have some spirits for sure.

Estudiantes defeated Aldosivi in their first league fixture at this venue. It was their third defeat in the past 4 outings across all competitions.

On the other side, Platense have opened up this season’s on road outing with a positive display. They won against Velez Sarsfield and currently follows a thread of two winning games in the league.

On top of that, they have a decent head to head form while playing away against Aldosivi. Hence, we back Platense to seal a win from this Liga Profesional fixture against Aldosivi on Tuesday.