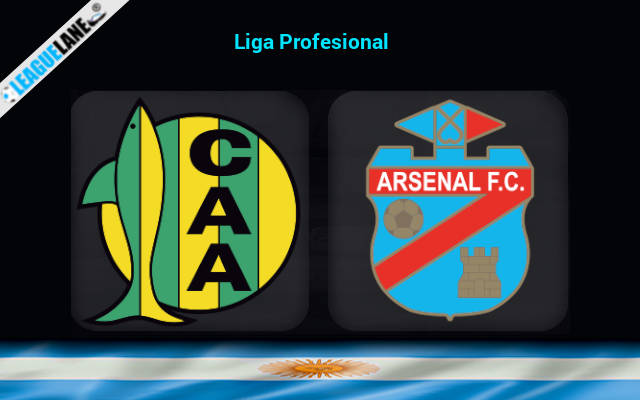 Aldosivi appointed Martin Palermo as a new manager. The former Boca Juniors forward came as a savior and he had managed to guide the team to a win, a draw, and a defeat in his three inaugural matches in charge. Arsenal’s visit is a perfect opportunity for him to pick up the second win at Aldosivi’s helm.

Aldosivi will play a huge game against Arsenal Sarandi on Monday evening. The hosts are currently at the very foot of the aggregate table for relegation with the worst average coefficient from the last two seasons.

This is why they desperately need wins in the remaining eight rounds of the season. The match against Arsenal Sarandi provides them a fantastic opportunity for a three-pointer given that the visitors have not been pulling up any trees in this term of the competition.

Arsenal Sarandi have by far the worst attacking record in the entire division. They have scored only 6 goals in 17 league outings so far.

Israel Damonte’s troops did not score in four consecutive Liga Profesional affairs. Only four goals were seen in total in the last nine matches they’ve played.

The latest of their failures came last week when Arsenal Sarandi fell 0-1 at home to Gimnasia La Plata.

Tips for Aldosivi vs Arsenal Sarandi