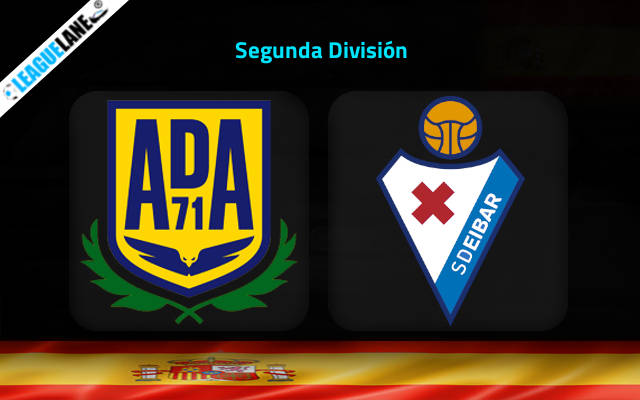 Eibar have the match point on Sunday evening at Estadio Santo Domingo where they are about to face the rock-bottomed Alcorcon in the last game of the season.

Gaizka Garitano’s men are on the best way to return immediately to the elite tier of Spanish football. They only need a three-pointer against the last-placed and already-relegated rival and to win the league.

The bookmakers thus reasonably see Eibar as enormous favorites here. However, you should all be careful with the stakes because Alcorcon have stunned previous round’s leaders Almeria, holding them to a 1-1 draw away at Estadio de los Juegos Mediterraneos last weekend.

As a matter of fact, Alcorcon shockingly had the lead all up until the third minute of the added time and they were generally by no means the inferior side on the pitch throughout the entire 90 minutes of play on the occasion.

Can the team led by Fran Fernandez, who now have a win, a draw, ands a loss in the last three Segunda Division rounds, create another huge upset and ruin the plans for the current table-toppers here?

All eyes will be on Stoichkov who chases the golden boot, being only a single goal shy of the current top scorer of the competition Christian Stuani.

Stoichkov was on target for Eibar in an important 2-0 victory over fourth-placed Tenerife eight days ago.

Eibar are flying high with a streak of four wins in the previous five league outings. They offered a dominant performance in the 2-0 victory over fourth-placed Tenerife in the previous round.

We will back them to have the lead at the half time and win the match at the full time at the odds of 2.05. You can also back Eibar’s top scorer Stoichkov (Juan Molina) to score anytime at the 1.83 odds.