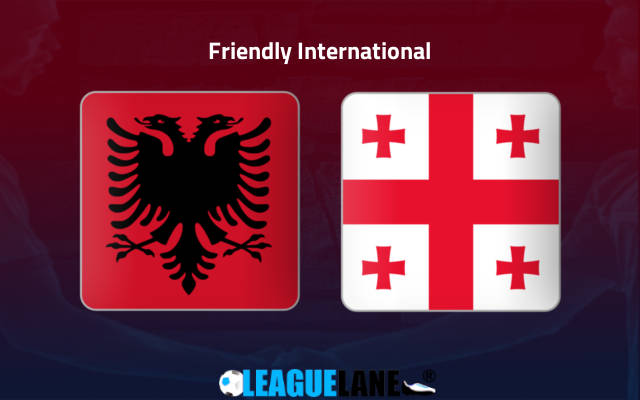 Albania welcomes Georgia for the next Friendly International on Tuesday at Tirana.

Albania has got mixed results from their recent matches. From the last ten matches, the team has four wins, one draw and four losses. Albania has played fairly well in their world cup qualifiers. They stand 4th on the Group I table after achieving win in six of the matches.

Albania played their most recent match against Spain. The 90’minute goal by Spain ended the hopes of Albania to end the match in a draw. Last 15 minutes of the match were exciting and all the goals of the match were scored in this time. The match ended with 2-1 FT score.

Georgia has played well in their recent matches. The team has not produced the results the team had hoped for in the qualifiers, but they have shown improvement in the last matches. Their recent friendlies have ended with wins for the team. Georgia is unbeaten in the last four of their matches as well.

Georgia played their last match against Bosnia-Herzegovina. In the match, Georgia scored the only goal at the start of the second half and maintained the lead until the end of the 90 minutes. The match ended with 0-1 FT score.

Looking at the records, the good form in their recent matches makes Georgia the better team of the two. Georgia has kept clean sheets in the last three matches and can be expected to do so in this match as well.