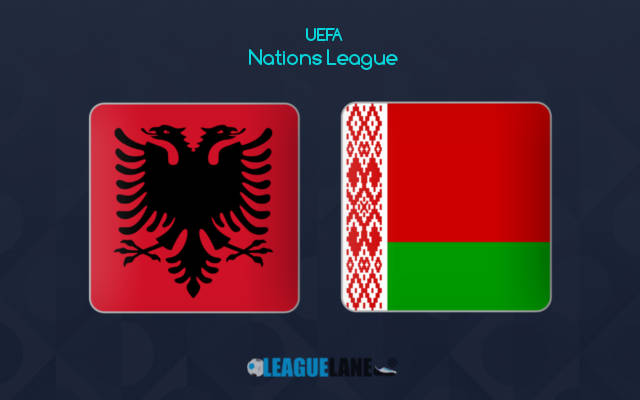 Albania’s unbeaten streak in the Nations League as of late didn’t help them much as two of them ended in a draw. The host has picked up 8 points and is at the second spot in League C Group 4 table. The 3-1 win at home over Kazakhstan will improve the morale of the players for the upcoming match.

Apart from losing the opening match in the group, Belarus has lost none of their last four clashes in their UNL schedule with just one draw in it. The host is leading the table with 10 points and is on a two-game winning streak, following a 2-0 win at home against Lithuania last time out in UNL.

Albania is on an unbeaten streak across all major competitions for the past four clashes in their schedule with consecutive wins in the last two matches. The host enjoys the ground advantage, and back-to-back wins at home support their use of the advantage in the middle.

Besides, the host has won on the road in the reverse fixture in UNL this term against Belarus. The latter has won only two of the recent five fixtures across all major contests. Both their previous UNL clashes were at home, and as such, they will have a tough time on the road to find their away form.

The draw no bet over Albania will probably be the best bet for the punters considering the host’s overall form in the tournament so far this season. Since their last meeting ended with a clean sheet victory for Albania, the tip for the home team to win either half in ninety minutes might come in handy.