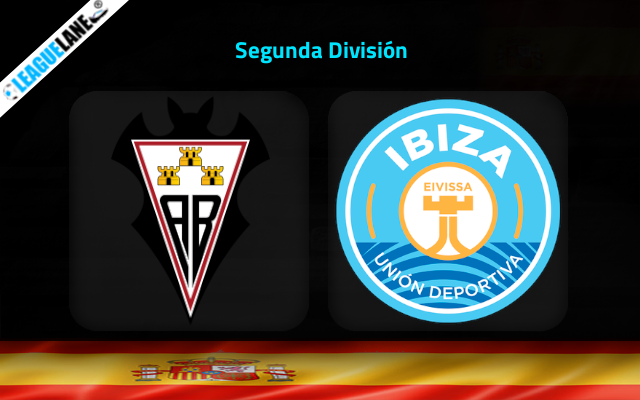 Albacete vs UD Ibiza Predictions and Free Tips from our expert tipsters when the teams go head-to-head in the Spanish Segunda Division on Sunday, 18 December 2022.

Albacete will be aiming to climb back into the safe zone spot as they have dropped to 8th in the table due to inconsistent performances in the last few games.

Meanwhile, UD Ibiza is currently the worst team in LaLiga 2. They are at the bottom of the table with just four wins since the beginning of this season.

They have only met once in the Past. It was during a Copa Del Rey knockout match-day and UD Ibiza won in the penalties.

Who will win the match between Albacete vs UD Ibiza?

Moreover, Albacete is having a far better run in the league when compared with UD Ibiza. Therefore, expect a victory for the home side Albacete on Saturday.

Albacete have been recording high-scoring matches consistently of late. Four of the last five matches they played saw the landing of over 2.5 goals option ft. It is worth noting that they owns a poor defensive side.

Going on, UD Ibiza have scored at least one in the last three matches. In that case, it is not wrong to expect over 2.5 goals in this fixture.

Albacete’s weak defensive side will surely allow one from the opposite side on Saturday. At the same time, they seem to be capable of scoring at least two here.

By the looks of things, expect a both teams scoring affair at Estadio Carlos Belmonte on Saturday.

Taking into account all these observations, we are inclined to think that Albacete might end up sealing a comfortable victory on Saturday.

However, we don’t expect a one-sided affair as considering the possibility of a both teams scoring scenario.