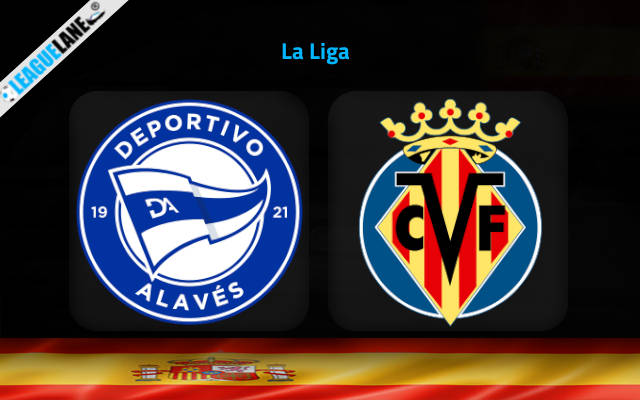 Alaves have been the absolute worst team in the Spanish topflight this season and it is no wonder that they are placed bottom-most in the table.

They have scored the least number of goals in the La Liga and they have also managed to post a total of just six wins all through the campaign. It goes without saying that they are on a course to get relegated, and this desperation has only made their form even worse.

Meanwhile, the Yellow Submarines are possibly the most confident team in Europe at the moment. They have secured a ticket to the Champions league semifinal against Liverpool and they did that after eliminating Juventus and Bayern Munich in back-to-back rounds.

Currently they are in possession of the 7th spot in the Spanish league and they will be determined to keep a hold of this position. In that regard a win is a must this weekend and it is helpful for them that they have been pitted against one of the weakest teams in the tournament.

Do also note that they have a great record against this rival over the years. Likely expect a win for Villarreal this Saturday.

Alaves lost 2-1 on the road the last match-day against Mallorca. They had also lost six of their past seven matches and they had remained winless in 21 of their past 25 games.

On the other hand, Villarreal registered a 2-0 win at home against Valencia the past game week, and they are also on a two-game winning streak.

Going on, they were also unbeaten in 13 of their past 16 overall fixtures and importantly they have thoroughly dominated this opponent in past head-to-head clashes.

Taking into account these observations, expect a win for Villarreal this Saturday. Do also expect goals in plenty considering the weak defense of the hosts.

Tips for Alaves vs Villarreal