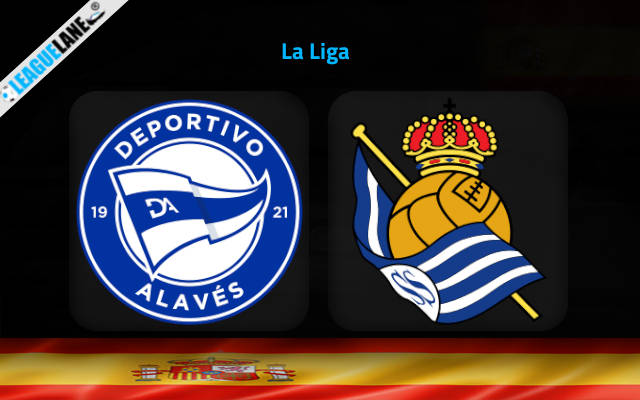 Both Deportivo Alaves and Real Sociedad have been struggling badly to perform in the finish of the last year.

Alaves took just one point from the last five league games to drop into the relegation area in La Liga standings.

They have also suffered an embarrassing Copa del Rey loss at lower-division Linares Deportivo in the meantime.

The horrendous spell of form has caused the team’s board to react as they replaced Javi Calleja with new manager Jose Luis Mendilibar on December 28th.

Mendilibar, who has a strong La Liga experience with Eibar, will thus make a debut on the bench of the new team on Sunday afternoon when Deportivo Alaves play host to Real Sociedad at Estadio de Mendizorroza.

This match will thus provide a nice chance for the visitors to arrest their slump in form. Sociedad lost four straight league outings, courtesy of a very challenging schedule with the clashes against Real Madrid, Real Betis, and Villarreal in the last three rounds.

The Basques won two and drew two of the last four games on the road in La Liga. They should have plenty of room to deliver up front past the leaky defense of Alaves’.

The hosts shipped seven goals in the last two defeats to Rayo Vallecano and Villarreal, both on the road.

Deportivo Alaves have been one of the most out-of-form teams in the league with a run of two draws and four defeats in the last six games.

However, the new manager bounce paired with a strong home record in the history of H2H clashes against Sociedad makes us go for the draw rather than the away win.

You can back the stalemate at the 3.40 odds, while the alternative betting option is Both Teams To Score at the odds of 1.90.