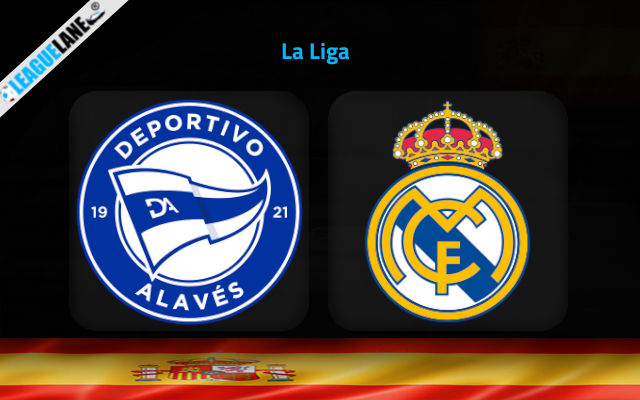 The Royal Whites have been one of the best teams in Spain as well as the world for the past several decades. Meanwhile, Alaves had narrowly avoided relegation the last season. Surely expect the Los Blancos to secure a win in this opener, this Saturday.

Last season was a bit tough for the Royal Whites, as they ended their campaign without a single trophy. They were in the run for the league title till the last match-day, but conceded it to arch-rivals Atleti, and were eliminated in the CL by Chelsea.

On top of that, they saw some major overhaul to their squad. The gaffer Zinedine Zidane bid goodbye to the team, and to further complicate things, captain Sergio Ramos left on a free transfer, while Raphael Varane were bought by United.

And though the arrival of Kylian Mbappe have been on the agenda for some time, it’s failing to materialize.

It goes without saying that fans are turning impatient. The team simply cannot start their new campaign with a loss. By all means, expect them to go out guns blazing for the three points this Saturday.

Chances are high for that to happen, as they are pitted against an Alaves, that had a surplus of just four points over the relegation cut-off. On top of that, Carlo Ancelotti’s men also have a great h2h record against this rival over the years.

Likely, expect a win for Real Madrid this weekend.

Ancelotti’s men have a phenomenal h2h record against this foe over the years, and they have scored in plenty in the process. They also are determined to deliver a great campaign this season, after ending up trophyless last time around.

On the other hand, their opposite number had narrowly avoided getting the boot in 2020-21, and even now are struggling with defense.

By the looks of things, expect a win for Real Madrid.

However, they are under a new manager, and their squad has had some serious changes. Especially their defense has not been reinforced, and all this points to a hard-fought win for the Royal Whites. Moreover, chances are less that they will keep a clean sheet as well.