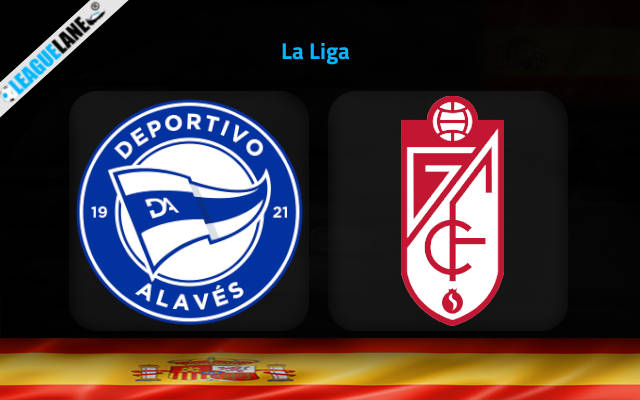 Alaves host Granada in a relegation six-pointer in the first game of Saturday’s Las Liga program at Estdio de Mendizorroza.

Both teams suffered narrow defeats to Real Sociedad and Elche respectively last weekend. Granada are in a better situation in the league standings as they sit three points clear off Alaves who are in the red zone (second from bottom at the moment).

However, Granada have been the worse of the two teams in the last couple of months. They have claimed just one point from the previous eight league affairs.

The visitors have issues with the lack of attacking creativity these days in particular. Granada thus notched only two goals in the last seven La Liga outings.

The team made a managerial change on March 6th when Ruben Torecilla took over Robert Moreno as a caretaker manager.

Granada did not look good on Torecilla’s debut seven days ago against Elche (a 0-1 defeat). They have also lost four on the spin away from home, netting just one goal in the last three defeats in the process.

Alaves are pretty tough to break down in their own backyard where they allowed only three goals in the last six games.

It is a very respectable defensive form if we know Mendilibar’s men have played the likes of Real Sociedad, Athletic Bilbao, Barcelona, Valencia, and Sevilla in the process.

Neither Alaves nor Granada have been enjoying a spectacular attacking form lately. Alaves have the worst offensive record in the league with 21 goals scored in 28 outings, while Granada scored only two goals in the previous even league matches.

The Under 2.5 goals FT is by far the best betting option here at the 1.61 odds, while you can also back the hosts to keep a clean sheet at the odds of 2.25.