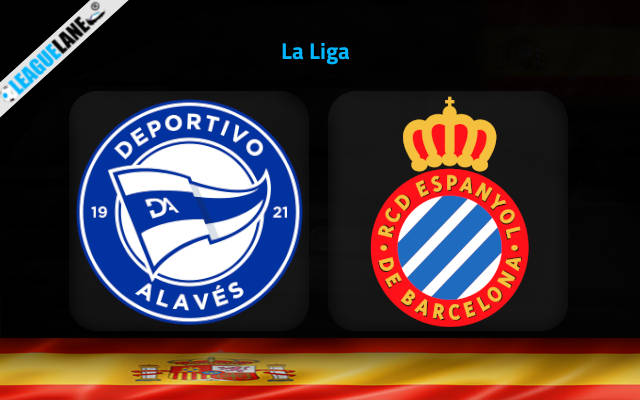 Alaves will try and catch the last train in the battle for avoiding relegation on Wednesday evening when they host Espanyol in Matchday No 36 of La Liga.

The hosts are at the very foot of the league table at the moment, with six points between them and the safe zone and just three matches to spare.

It is clear that only a win here against Espanyol leaves them in contention for another elite class campaign next season.

Unfortunately, the team led by Julio Velazquez will come into this tie in the lowest of spirits after providing one of the worst displays of the season on Saturday.

Alaves fell 4-0 away at Celta Vigo four days ago, registering no more than three attempts in total over the 90 minutes of play at Abanca-Balaidos.

Babazorros will, however, rely on their fine home form going into this tie, because they have won each of the previous two league games at Estadio de Mendizorroza.

Alaves have generally claimed six of their seven wins in this term of La Liga on the home patch in Vitoria-Gazteiz.

On the other side, Espanyol have also been much better at home than on the road throughout the whole season, winning just 1 of 17 league outings away from home so far in the season.

This match has a much bigger significance for Alaves and we expect them to take advantage of the home court and pick up a precious three-pointer that would leave them in race for avoiding the drop to Segunda Division next season.