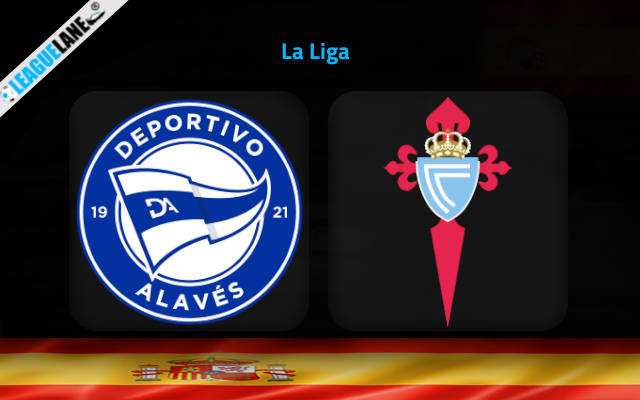 Both teams have had tough starts to their respective campaigns in the Spanish top flight. However, Alaves have managed to get better, and lately they have been on an unbeaten streak.

They will surely try to keep building momentum, and continue posting points on the board. And they have a great opportunity this Saturday, as they are pitted against Celta, who have been a mess right from the time the competition commenced.

And judging the h2h record at this venue as well, expect a win for the hosts Alaves this Saturday at the Estadio Mendizorrotza.

Alaves recorded a 2-2 draw the last match-day on the road, against Sevilla – who have been one of the best teams in the country for the past several years.

The team is also on a five-match unbeaten run, and lately they have been on a determined run to make amends for their slow start to their season.

On the other hand, Celta were held to a 1-1 draw at home by Villarreal. They are also on a four-game winless stretch, and had remained winless in 11 of their past 14 fixtures.

Going on, they also have a poor h2h record at this venue against this opponent over the years as well.

Considering these observations, expect Alaves to be the better team on the pitch this weekend.

Tips for Alaves vs Celta Vigo