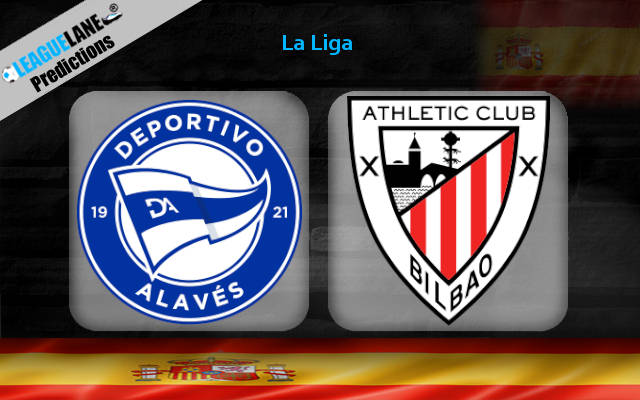 Alaves have settled at the bottom of the table at the start itself and don’t seem to climb back up. They opened the new league season with a 0-1 loss on the road against Betis.

And until now, the host has had only one draw in their four appearances to make a difference in their schedule. El Glorioso will host after a 3-1 loss on the road against Villarreal last time out in the campaign.

Bilbao’s start to the new edition of the league was met with a defeat. They lost 2-0 on the road against Granada in the opening match in the schedule.

However, Athletic Club jumped right back with an away win in the nest clash with Eibar, only to lose the last fixture at home against Cadiz in the campaign. With their away win, the visitor will try to push the host in the middle.

Deportivo Alaves enjoys the ground advantage in the game, but they are yet to mark a win at home in the campaign so far this season. With their winless streak, the host doesn’t pose much threat to the visitors in the upcoming match at Estadio Mendizorrotza.

Athletic Club is not behind as they also have lost two of their three league clashes until now. But they will be on the back of their away win in the campaign earlier. However, the home defeat in the last clash in the schedule will have some impact on the morale of the players.

The match is sizing to be anyone’s game here at Vitoria-Gasteiz, and the best bet for the punters will be a double chance favoring both teams in the encounter. Since only two of their recent five h2h clashes have ended in a draw, the chance of a draw can be minimal.