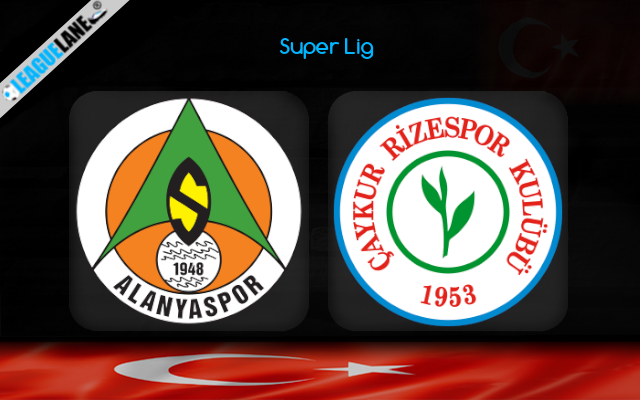 Alanyaspor have recorded enough of positive results to occupy a spot inside the safe zone. They currently occupies the 4th spot of the table with a total of 49 points. However, they will have to collect more points to secure their spot inside the promotion zone.

Alanyaspor recorded a 0-2 win on road against Goztepe in their most recent league fixture. They will be hoping to make that win count. We can see them scoring goals at a good rate of late.

Meanwhile, Rizespor are having a disappointing season so far. They have a poor form. As a result, they are pushed down to the 19th spot on the table, inside the danger zone. They owns the worst defensive and the second worst attacking side of this season.

Rizespor have recorded a 3-2 win against Trabzonspor at home in their most recent league fixture. They were on the back of 7 consequent winless fixtures before recording that win. They will be hoping for more of those three pointers as they still remains in the red spot.

Alanyaspor have only lost twice in the past 10 home affairs across all competitions. We can also see them scoring two or more goals in six of those fixtures.

On the other side, Rizespor are yet to record an away win this season. In fact, they have not won a single away game since May 2021. They have leaked two or more goals in 7 of the past 10 on road fixtures.

Analyzing the above stats, we expect a win for the hosting Alanyaspor when they meet Rizespor in a Super Lig fixture on Sunday.