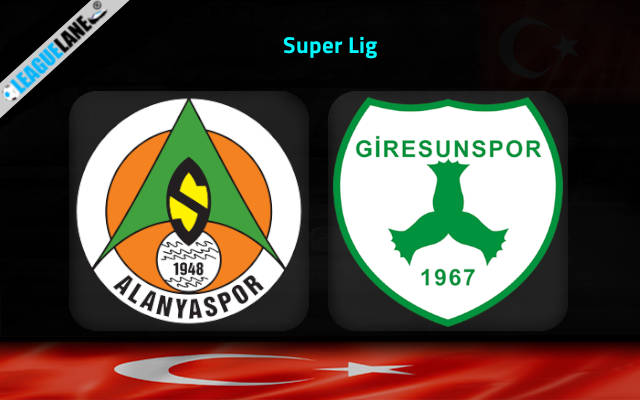 Alanyaspor won by 2-1 against Ankaragucu however, they suffered a heavy 5-0 loss against Fenerbahce. They will now face their rivals Giresunspor at Bahçeşehir Okulları Stadium for an early kick-off this Sunday.

The home side have lost three of their last five matches this season. Moreover, they have won only two games this entire season.

The team is currently at the eleventh position on the league table. They are the only team this season who have conceded the most number of goals.

Following the 2-1 victory against Ankaragucu. Manager Francesco Farioli made an error by changing the team’s formation in their game against Fenerbahce. This is one of the reasons why they lost by a five-goal margin.

On the other hand, the visitors had to settle for a 1-1 draw against Fatih Karagumruk. In that game, Riad Bajic scored the opening goal in the 75th minute of the game. However, Mbaye Diagne scored the equaliser in the 92nd minute of that game.

Following this result, the team is at the twelfth position on the table.

It is very important to note that the home side are facing a goal drought. As they have scored only two goals in their last four league outings.

The last time the visiting team won a Super Lig fixture was on the 20th of August. Moreover, they are conceding goals at the rate of 1.33 goals per game. Another interesting fact is that both teams have won only two games this season.

Our first tip for this game is that Alanyaspor will win this game by 1-0- the odd for this tip will be at 8.00 odd. The host have won two of the last three matches at home by at least scoring one goal.

Moreover, the next tip is that Alanyaspor will keep a clean sheet -the odd for this top will be at 2.75. In two of the last three head-to-head meetings at Bahçeşehir Okulları Stadium, the host have kept a clean sheet.