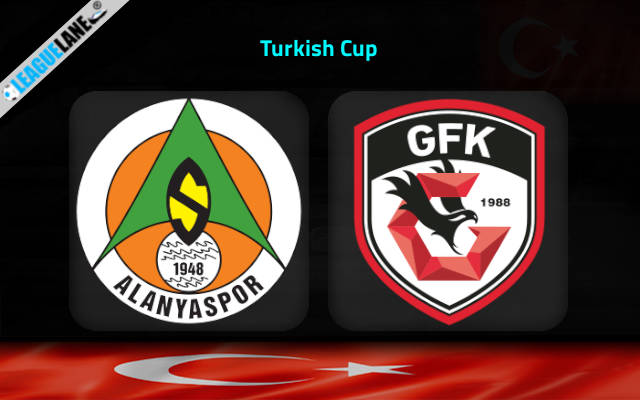 Both these sides are playing in the top-flight of Turkish football league with Alanyaspor making level on points with Fenerbahce in the 7th position. Gaziantep is a mid table side where they slowly climbed up till the quarter finals with close calls and the upcoming round of 4 will be a true test for them. The match is set at Bahçeşehir Okulları Stadium this Thursday where the winner will proceed into the Semi finals of 60th edition of Turkish Cup.

Alanyaspor cleared the round of 16 after a landslide victory over the TFF Third League competitor Mardin BB by 5-0. They then got advanced into the draw of 8 with Adana Demirspor who had previously defeated the TFF.2 League opposition Ankaraspor by 3-2. Their clash ended in favour of Alanya after a penalty shootout.

The hosts come into the upcoming fixture on the back of mixed wins and losses and sits at the 6th spot on the league. They marked their 12th victory in the league previously against Konyaspor by 5-1 as of recent and have acquired 43 points from 27 matches played so far.

On the contrary, round of 16 for Gaziantep was scheduled against Bursaspor who are in the second tier of the Turkish football. That match ended on 2-1 in favor of The Falcons and they got into the draw of 8 against Kasimpasa who previously defeated Kocaelispor. Their encounter ultimately saw 2-1 in the end with a red card for the Apaçiler thereby gaining a penalty win for Gaziantep.

The visitors lost the latest Super Lig fixture against Altay by 3-2 and thereby landed on the 11th spot with 36 points. From the 20 games played in the league, The Falcons secured 10 wins while drawing another 6 matches.

We feel that a home win is likely to happen as they have lost only once from the last 8 fixtures played at home. Meanwhile the visitors are a bit shaky on road as of late, losing the last 2 away games in a row.