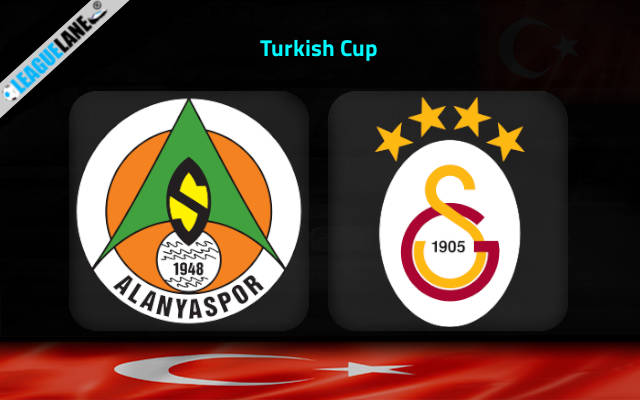 Alanyaspor vs Galatasaray Predictions and Free Tips from our expert tipsters when the teams go head-to-head in Turkish Cup on Tuesday, 17 January 2023.

Galatasaray are back with a vengeance this season. They are at the top of the Super Lig table, and by far have been the best in the league by a mile.

Meanwhile, Alanyaspor have had their moments, but they are nowhere near to a level where they are comparable to their counterparts. They are placed ninth in the table, and conceded 18 more goals than Gala in the league.

Goals have always come in plenty whenever these two teams locked horns in the past. The latest clash ended in a 2-2 draw, and five of the former eight meetings had goals from both teams, as well as three or more goals.

And one thing to be noted is that – while Alanyaspor have been the better team in the most recent years in h2h clashes, Gala surely edge them out in overall.

Who will win the match between Alanyaspor and Galatasaray?

Meanwhile, Alanyaspor have won just twice since the season resumed, and all along they struggled with their defense.

It goes without saying that the toppers Galatasaray are expected to deliver a winning performance this Tuesday.

As mentioned before, previous h2h clashes all have had goals in huge numbers. On top of that, the toppers are scoring goals at an impressive rate at the moment, while Alanyaspor found the back of the net 11 times from their past three appearances at home.

Chances are high for goals to come in plenty this Tuesday.

As mentioned before, Alanyaspor have the upper hand in recent h2h encounters, and even scored twice or more in four of the past seven h2h meetings. On top of that, Gala failed to keep a clean sheet in three of their last five fixtures.

It appears that Gala might have the edge this Tuesday, but a clean sheet might be asking too much of them.

Galatasaray are on a ten-fixture winning streak, and they scored in huge numbers all along. Do also note that they lost just a single game in all competitions since August, and are at the top of the table with a four-point lead.

Meanwhile, Alanyaspor have been struggling to find form after the World Cup break, and are also finding life hard with their out-of-form defense. It looks as if Galatasaray to Win at an odd of 2.00 is the best tip this Tuesday.

Coming to goals, both teams have shown their strength with offense. Both squads scored goals in plenty all through the season, and previous h2h clashes also showed the same trend.

Likely, the Over 2.5 Match Goals bet at an odd of 1.67 seems like a good second choice.