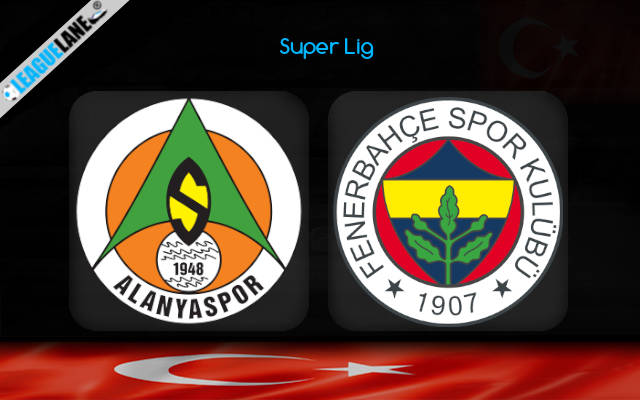 In game week 29 of Super Lig, Alanyaspor faces Fenerbahce for their next match on Sunday at Alanya.

Alanyaspor played their last match against Kayserispor. Even though Kayserispor scored the first goal of the match, they couldn’t keep the lead for long. Alanya scored two goals after that and maintained their lead, ending the match with 1-2 FT score.

Fenerbahce played their last match against Trabzonspor. Both team scored a goal each, ending the game in a draw with 1-1 FT score.

Alanyaspor has played fairly well in their matches throughout the season. From the last ten matches, the team has lost in only one match and has found win in five of them. They stay 5th on the league table with 46 points from their matches. The team is back in-form after their trouble in few of the matches.

Fenerbahce has also played fairly well in their matches with only occasional losses to their name. They are currently unbeaten in their last four matches, in which three has ended with wins for the team. They now stand 4th on the league table with 47 points to their name.

Both teams are in a similar position when it comes to their performance in league matches. The 4th and 5th placed team are only one point away from each other and a win in this match will give them an upper hand over the other. Alanyaspor has won in the last two consecutive matches and Fenerbahce is unbeaten in their last four.

Alanyaspor’s home matches have achieved mixed results from the recent matches. Fenerbahce, on the other hand, has not lost in their last five away matches. They have won in the last two consecutive matches as well.

Looking at the record, Fenerbahce is the favourites to win the match than Alanyaspor. Both of them have scored in their recent home matches and will surely score in this match as well.