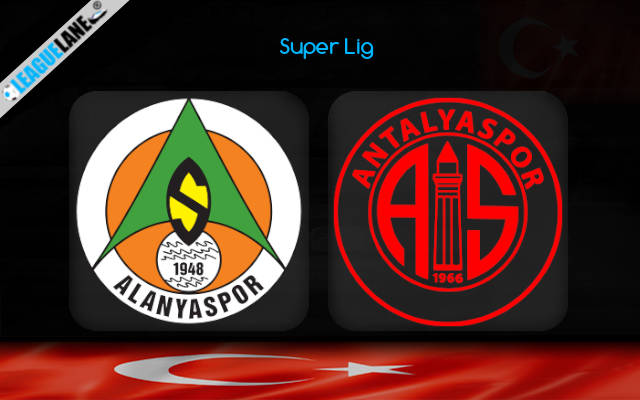 Alanyaspor will be hosting visiting rivals Antalyaspor in a Super Lig fixture on Friday at Bahcesehir Okullari Stadium.

Going on, they had started off this season with a decent display being undefeated in the inaugural 3 fixtures. The same was not maintained further.

They are falling through the ranks of the table match-by-match and are currently at the 11th spot in the league standings.

Meanwhile, Antalyaspor also had a decent start to this season. They conceded a defeat in the opening fixture but bounced back with a win from the second and sealed a victory over the likes of the reigning Turkish champions in the third.

Since then, they has been displaying a poor consistency of recording defeats. They are currently on a 5-fixture winless streak in the league. The team sit inside the danger zone currently due to their poor form.

Both have a poor defense in possession. So expect an interesting Super Lig battle with both teams scoring on Friday.

The home form of Alanyaspor looks brighter than their overall form in this season. Barring a loss, they have maintained their undefeated home form this season.

It is true that Antalyaspor does not have an away form which stand above Alanyapsor’s home recordings of late. However, they have the capability to score one past this Alanyaspor side.

By the looks of things, anticipate a victory for the home side Alanyapsor on Friday.