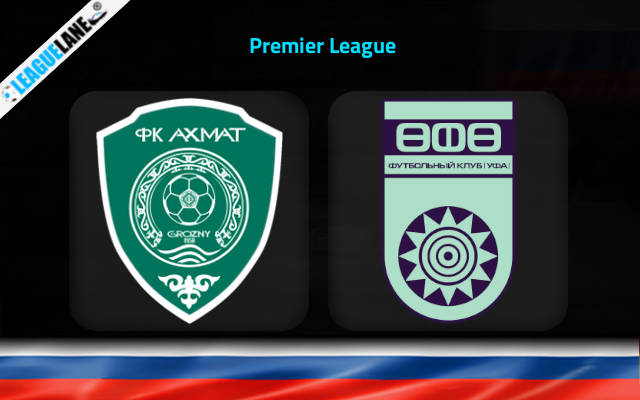 Akhmat Grozny finished 2021 with an amazing set of games in the Russian Premier League. The team should hope for a high finish if they manage to carry on that form into 2021, in their quest to achieve a top six finish for the first time since 2017.

In their previous match, the club managed a dominant 4-1 win against Khimki at home. The win marked their 4th in five league games.

Losing just once in that period, the club is now 7th in the league, three points behind 4th place CSKA Moscow. Furthermore, the club has conceded the same number of goals it has managed to score.

Ufa had struggled throughout the course of the season; however, they were particularly dreadful in the last few weeks before the league came to a pause. Having continuously competed in the top division of Russian football since 2013, they are very much in a relegation scrap.

They were last seen in a defeat away from home against Lokomotiv Moscow, in a contest that ended with a score line of 2-0.

The result marked back to back losses for the club. Moreover, with just three points from their last five league matches, they are now 15th in the league, three points away from safety.

The hosts are on a four match winning streak leading into the fixture on Sunday. I do not see them dropping points against a team that has just a win away from home in the league this season and further winless in the preceding seven.

Despite Grozny’s dominant run of games in 2021, they have managed to register very few clean sheets. Their opponents meanwhile have scored regularly in away fixtures.