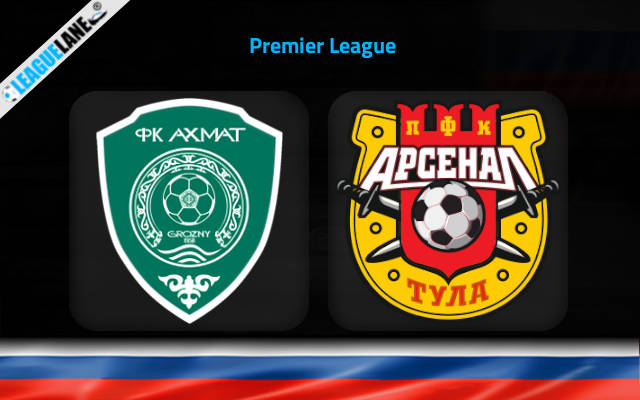 The team from Grozny finished 11th in the table last season and they struggled with inconsistency at the start of new season.

Though two wins were bagged out of 5 played so far with each of the remaining three, resulting in defeats.

The hosts sit at 10th in the standings as they come to matchday 6 averaging just above a goal per game.

After 5 match weeks, 1 win and draw is all they got to show for, probably the pre-tournament assessment is correct.

The visitors also lost both the away games they played so far, stretching the win-less streak on the road to 18 Premier League games. Interestingly, 16 of them are lost.

This has to be a straightforward win for Akhmat Grozny as they were defeated at home just 4 times last season. And they are up against a team that avoided defeat just 2 times on the road since August 2020.