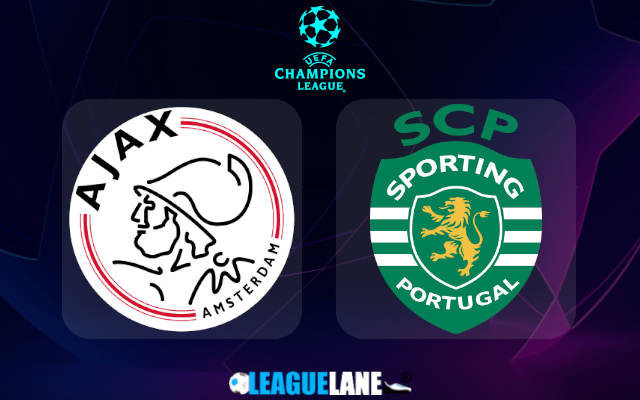 Erik Ten Hag’s team has already qualified for the Champions League Play Offs on and are the table toppers on Group C. The Sporting side are at the second spot, also having qualified for the Play Offs by beating the Dortmund Side, look forward to lock horns with the Dutch side to take a revenge as they travel to Johan Cruijff Arena this Tuesday.

Ajax come into this game on the back of a 5-0 win over Fred Grim’s Willem II in the Eredivisie. They are the table toppers in the group winning all 5 matches played, taking 15 points. They have an astonishing goals to conceding ratio from the five matches with 16:3.

They defeated Besiktas by 2-1 at Vodafone Park in their last group stage match, extending their undefeated run in all competitions to 10. Their latest results show that there has been much resilience in the Dutch rearguard. They have kept it tight, with the number of goals going past them during their previous 6 games is only 2.

Sporting CP had a 3-1 win over Jorge Jesus’ Benfica in the Primeira Liga. They are the second in the group winning 3 out of 5 matches played while the number of defeats stand at 2. They scored 12 while conceding 8 from the 5 fixtures so far.

Their last group stage match saw a 3-1 win over Borussia Dortmund at home. They won the last 3 back to back games in the UCL and their previous 6 outings has bagged a total of 15 goals with only 2 going past them.

Despite their obvious attacking prowess, both sides’ success this season is built on their rock-solid defensive work. Sebastien Haller of Ajax has 11 goals and assists so far and remains as the top scorer in the UCL score sheet with Robert Lewandowski just behind with 10.

Sporting tend to battle well against the Dutch opposition but, the Eredivisie champions are arguably the favorites to take all three points in front of their home crowd.