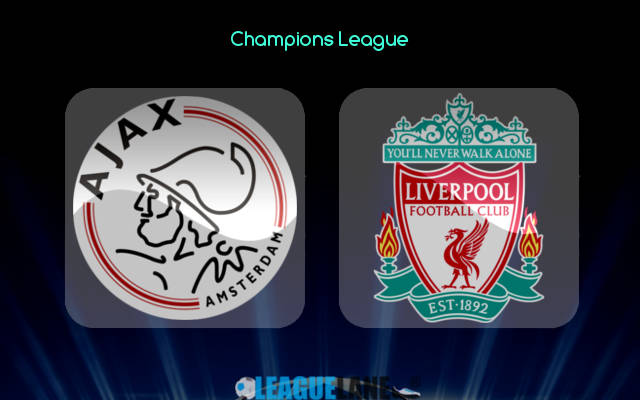 The last couple of weeks have been very turbulent for Liverpool FC. The reigning Premier League champions have suffered a shocking 2-7 FT defeat to Aston Villa and dropped points during the last weekend against city rivals Everton.

Things are not looking good for Jurgen Klopp’s team before a rough trip to Amsterdam, where they will start brand new UEFA Champions League campaign against Ajax.

The Dutch side also had a couple of slip-ups lately, but we shouldn’t underestimate the experience this team gathered by playing big UCL games in the last few years.

All in all, The Reds are marked as favorites for the win at 1.70 odds.

It was quite shocking to find that there were no previous head to head meetings between Ajax and Liverpool even though both sides are consistent when it comes to playing on European scene.

Ajax are doing just fine in Dutch Eredivisie if we ignore surprising 1-0 loss to Groningen away from home. The most popular team from Holland has won every single encounter.

During the weekend they demolished Heerenveen at Johan Cruijff Arena 5-1 thanks to brilliant performance of Dusan Tadic and Mohammed Kudus. They scored three goals combined and had three assists combined, so that might be the key for Liverpool here, to stop these two players.

A lot of names have left Amsterdam during the summer though. Hakim Ziyech has made a move to Chelsea, Donny van de Beek to Man Utd.

Abovementioned defeat to Aston Villa and draw against Everton are probably not the worst news for Liverpool fans. Virgil Van Dijk got injured in Merseyside Derby and he will be absent for at least six months.

The Reds obviously have a decent replacement in Gomez, but Dutch defender will surely be missed. Sadio Mane has recovered from illness and came back in big style, scoring a beauty against Toffees.

We expect Liverpool to overcome their current troubles and snatch all three points in Amsterdam. Home roster has changed a lot and it will take some time to settle in.