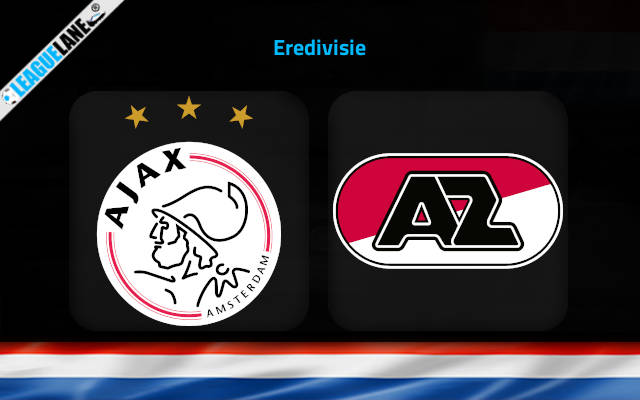 As if playing Ajax is not difficult enough, AZ Alkmaar have to do it in Amsterdam. They generally played much weaker on the road than at home so far in the season. The home court advantage will thus play an additional role for Ajax here. Their rivals have lost five of eight away fixtures this season.

Ajax host AZ Alkmaar in one of the most interesting matches of Gameweek No 16 on Sunday afternoon at Johan Cruijff Arena.

The hosts head into the game as big favorites. They are one point clear at the top of the league standings with a record of 11 wins, 3 draws, and 1 defeat in the opening 15 outings.

Ajax’s domestic dominance can best be recognized in the team’s defensive numbers for the season.

The team led by Erik ten Hag have conceded only two goals in the Eredivisie since the beginning of the 2021/22 campaign. Just to remind you, this is the 16th round clash.

Ajax at the same time have by far the best attacking record in the division with 48 goals scored in 15 outings.

The latest came on Wednesday night when they demolished Sporting Lisbon 4-2 in Amsterdam.

AZ Alkmaar hold the 8th position in the league standings and they really do not have much to hope for in this clash against the strongest team in the league.

Tips for Ajax vs AZ Alkmaar