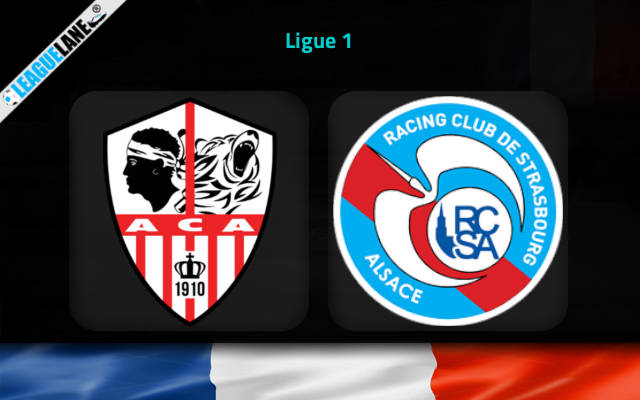 Ajaccio as well as Strasbourg are stuck in the bottom-most tier of the French league table at the moment. They are dealing with issues in their defense, and are already under huge pressure.

It is supremely important to either squad that they make amends to the points they have dropped, and climb over the relegation cut-off. Each passing game week, chances of them extending their stay in the Ligue 1 is reduced.

Ajaccio are worse between the two. They are placed 19th in a table of 20, and till now they have managed just two wins in total. And it does not matter that much they are at home this weekend, as they have been a total mess at this stadium.

Not only did their total two wins came on the road, but they have a 100% losing record at home barring a single draw.

In fact, they are the only team in the whole competition to have lost the last five matches at home.

Meanwhile, Strasbourg are placed 17th in a table of 20, and they need a surplus of at least two points to stand level with the relegation cut-off.

They have a single win to their name so far. And it goes without saying that they are the team with the least number of wins in the entire Ligue 1.

Not just that – their sole win came against the dead-last placed Angers too.

It appears that the two teams will go at each other’s throats this weekend, for a much-needed win. Chances are high that we are about to witness a high-scoring affair.

Not only are Ajaccio a newly-promoted team to the French top flight, but they also recorded just two wins since last May. And one of these two wins came against the 18th placed Brest too.

On the other hand, Strasbourg have a single win to their name in the last five months, and this only victory came against the dead-last placed Angers.

It goes without saying that the defenses of either team are totally out-of-form, and previous h2h clashes also have had goals in huge numbers.

Surely expect a high-scoring thriller this weekend between the two teams.

Tips for Ajaccio vs Strasbourg