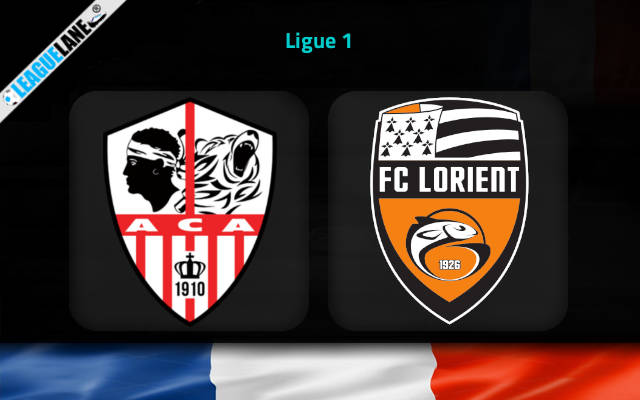 AC Ajaccio are yet to record a victory upon returning to the elite division of French football. They have just a point after playing four fixtures this campaign.

However, it is worth noting that Pantaloni’s men indeed have had a pretty tough schedule to begin with, featuring the clashes with Lille, Rennes, Lens and Lyon in their previous four rounds.

Ajaccio showed some of their offensive potential in those fixtures by scoring one each except for a goalless draw against Lens. The problem for French manager lies in his team’s defensive line which allowed two or more goals in three of the inaugural four games of the season.

However, they have started off this season with a set of unbeaten outcomes. They are on a three-game unbeaten run so far this campaign.

The hosts are having a two-game winless streak in front of the home crowd at the moment. Their defensive line had let in a total of three goals over the course of the two games.

On the other side, Lorient are on a two-game unbeaten streak on the road. Their offensive side have scored a total of three goals in the process.

Considering these observations, we expect a win for the away side Lorient on Sunday when they play against the newly promoted AC Ajaccio in a Ligue 1 fixture.