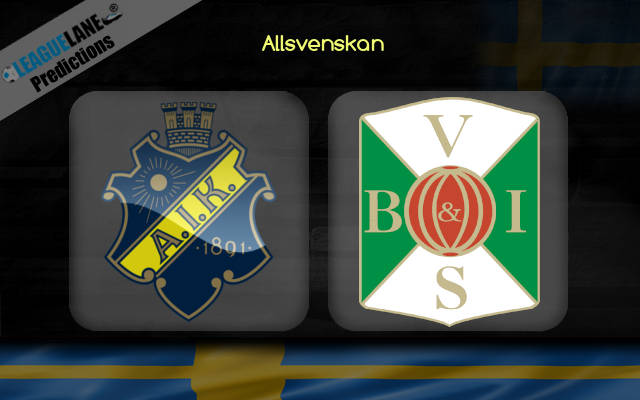 AIK has been unbeaten in the last five fixtures in the campaign, with the recent two clashes ending in a draw in their schedule. The host has picked up 32 points (8W 8D 9L) in their 25 league appearances so far this season. They will host on the back of a goalless draw on the road with Sirius last time out.

Varbergs couldn’t build a sturdy base in their promotion to the top tier this season. They are winless in the recent five clashes with three losses in it. The promoted side has picked up 28 points (7W 7D 11L) from their 25 fixtures in the campaign. They will visit after a goalless draw at home against Elfsborg in their previous encounter in the schedule.

AIK has a slight edge over the traveling side with their lead on the table. The host enjoys the ground advantage, and their recent unbeaten streak in the campaign will back their use of the advantage. Besides, the Gnaw was able to draw the reverse fixture this term at Varbergs.

Since they hold the ground advantage in the upcoming match, Bartosz Grzelak’s men will have more chances to create opportunities in the encounter within ninety minutes. Besides, Joakim Persson is still trying to pull back his team from the back-to-back winless games in their schedule.

Based on these stats, the tip for AIK to win either half will work perfectly for the match. Furthermore, the visitor has averaged 1.32 goals in the league until now, while the host has scored only 1.04 goals per match so far. That’s why the BTTS seems to be a probable option in the encounter.