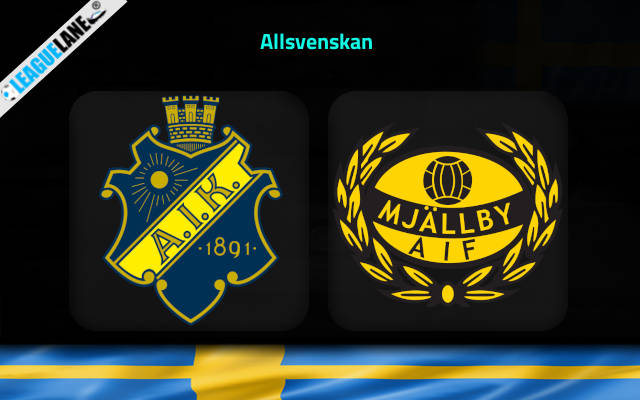 AIK are one of the absolute best teams in the Swedish top flight this season and as a result they are placed second in the table as of now. There on a long unbeaten run and they are also finding the back of the net consistently.

They have lost just twice all through the campaign and impressively they have a phenomenal record at home so far. In fact, disregarding a single draw they have maintained a 100-percentage winning record at this venue.

Meanwhile, Mjallby are going through a poor stretch of performances at the moment. They are letting in goals in plenty and most importantly they have been struggling on the road for the past few weeks now.

Going on they also have a poor head-to-head record against this rival at this venue in the past seasons.

For all these reasons expect a victory for AIK this Saturday in front of their home crowd.

On the other hand, Mjallby are on a 5-game winless run. They are also on 4-match winless run on the road and 3 of these were loses. And it also deserves to be mentioned that they had let in 2 or more goals in 3 of these past 4 road trips.

Considering these observations, expect a victory for AIK this weekend.

Tips for AIK vs Mjallby