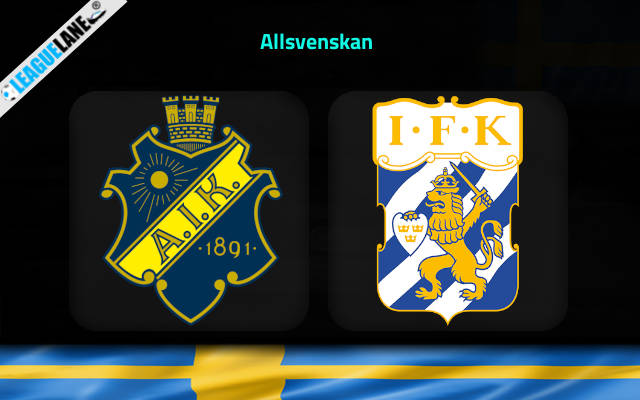 After losing the last 2 league games in a row, Goteborg are hoping for a change of scenery as they take a roadtrip to AIK Stockholm. These two sides will lock horns at Friends Arena this Saturday.

AIK Stockholm is at the 4th spot on the standing with 12 points from 6 games. They won 4 times in the league while lost on twice other occasions. The visitors finished at second in the last season and we can see them climbing up the table as they won the last 3 games in succession. They are more of a defensive side as they have a 7:7 goal ratio so far.

AIK secured a 2-0 Allsvenskan victory over GIF Sundsvall in the previous fixture which was their third consecutive win. A recurring aspect of their recent games is the high number of nil scores. Taking their prior 6 clashes leading up to this one, it has happened in 5 of them.

On the other hand, Goteborg resides below at the 8th position on the table with 10 points. Of the 6 matches played, they won 3 times in the league while drawing once and losing on 2 other occasions. They have been struggling to secure a win as they have now gone 3 games without win of which two ended up in defeat.

Goteborg lost the last league fixture at home by 1-2 against Kalmar. Mikael Stahre’s men have netted 7 times throughout their latest 6 matches. The aggregate number of goals that have been scored against them during the same comes to 5.

AIK Stockholm is one of the best home team this season as they won all 3 games played at home so far while maintaining a cleansheet. They even won 4 out of their last 5 league fixtures and are on an impressive run.

Meanwhile, Goteborg lost their last away game but have won twice of their last 3 games played on road. Their h2h stats also shows mixed results.

Considering the remarkable home form of AIK, we envisage a home win this Saturday.