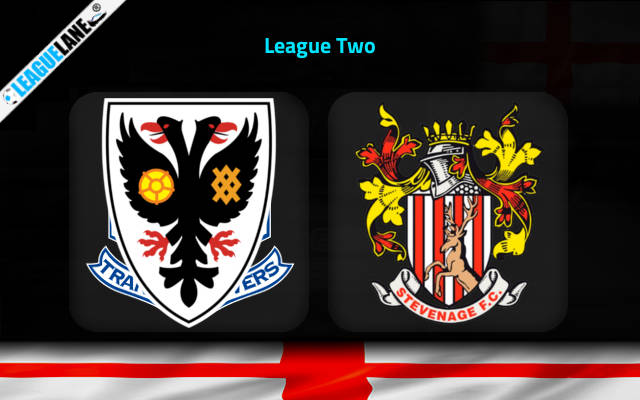 AFC Wimbledon vs Stevenage Predictions and Free Tips from our expert tipsters when the teams go head-to-head in League Two on Saturday, 17 December 2022.

Stevenage conceded their fifth draw of the season last time. Now they will look to close the point gap as there are just four points from reaching the top of the table.

On the other hand, AFC are slowly picking up good form as they are unbeaten in their last eight outings. They are in the twelfth position on the table. They have improved their home form since October. However, they will have to be cautious against Stevenage.

Both teams last met back four years ago, and the current host won that game by 4-0. The visitors have won four of the last six overall head-to-head meetings.

In the last six head-to-head encounters at Plough Lane, the visiting team have won on four occasions. Moreover, the last time they lost an away fixture way back in September.

Who will win the match between AFC Wimbledon and Stevenage?

We are backing Stevenage to take all three points from this game. They are in good form this season. As they are on a seven-game unbeaten streak away from home.

Moreover, the host have lost more than 30% of their matches this season. They have not been consistent all season.

We can expect Stevenage to score two goals in this match. The main reason is that they have scored a minimum of two goals in their last four wins against AFC.

Both teams are in decent goal-scoring form. They have scored in five of their last seven meetings. We can expect both teams to score this time as well.

The first tip is that Stevenage will win by 2-1 – at 9.00 odd. It is important to mention that the visitors are at the second position on the table. Moreover, at Plough Lane they have won twice in the last three meetings.

Our second tip is that Both teams to score – at 1.83. In two of the last three encounters at this stadium, both teams have scored a combined total of eight goals.