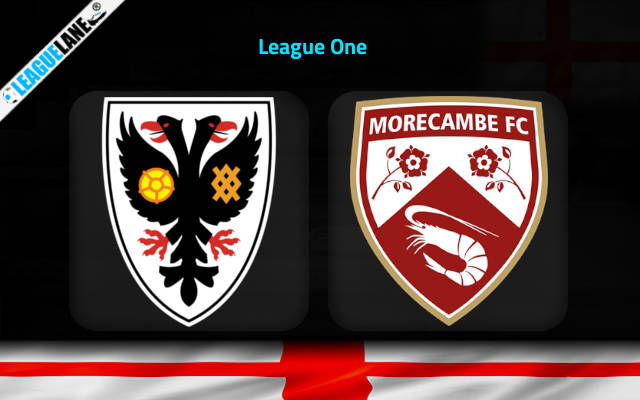 Both these teams are struggling with defensive issues, and are letting in goals in huge numbers in most of their games. The two squads are also desperately trying to avoid dropping into the relegation zone, and this has turned them into taking huge risks.

Expect goals in huge numbers this weekend, as the defensively weak Wimbledon and Morecambe take on each other.

Wimbledon are on a three-game losing streak, and they had remained winless in 21 of their past 26 matches. In the process, they had gone on two separate three-fixture losing runs, and another four-game losing stretch.

They had conceded goals in plenty all through these matches, and they had failed to deliver one good defensive performance, even at home.

On the other hand, Morecambe were winless in seven of their past nine games. They had also lost five of their preceding eight fixtures, and had remained winless in 15 of their last 19 matches.

Do also note that they have a single clean sheet on the road in 2021-22, and it had come against a team from the lower division.

Taking into account these observations, expect a high-scoring affair this Saturday.

Tips for AFC Wimbledon vs Morecambe