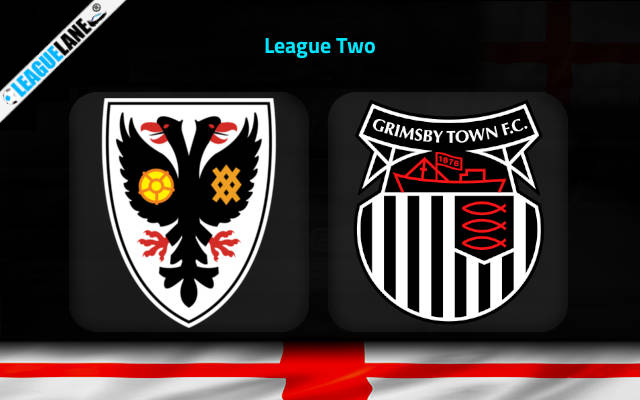 Three wins in four games have reignited AFC’s race into the top four. Their performances have proved to be a slow burner considering that they have a goal difference of nil at this phase of the season. An important game awaits them as they will face a struggling Grimsby side.

The first on the agenda for manager Paul Hurst will be to improve his team’s away form, as his side have lost two of the last three away fixtures. In their last league outing, they managed to hold Stevenage. Niall Maher scored a last-minute equaliser in that 1-1 draw.

The month of November has been very productive for the host as they are yet to lose a single game in League Two. Now, they will aim to keep their six-game unbeaten streak intact in this upcoming game.

Most recently, they defeated Tranmere by 2-0. Ethan Chislett scored the opener in that game. The host have performed well at their home stadium this season. Looking at their last five home games, they have won four matches.

It is important to note that the visitors are on a five-game winless run. It will be a very difficult task for them to win this fixture.

You can back the following as our first tip is that AFC Wimbledon will win this game – the odd for this tip will be at 2.62 odd. This is after considering that the host are unbeaten this month. Also, the visitors have lost four of their last five outings.

Furthermore, our second tip for this game is that Ethan Chislett to score anytime – at 5.50 odd. He has scored three goals in his last two appearances, including a brace in the FA Cup match against Weymouth.