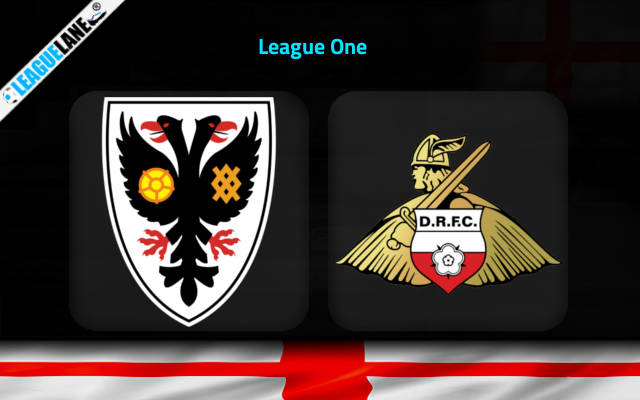 With 4 points and a position separating the two, this upcoming fixture at Plough Lane will be a test for both of the sides to secure a safe spot.

Doncaster Rovers is third from the last and they need at least 3 points to escape from relegation. They won twice from the last 5 fixtures but lost the remaining three.

AFC Wimbledon is at the brink of falling into the red zone as they are terrible in the league, not able to secure a win since the past 14 games.

The Wombles are at the 20th spot on the standing with 32 points from 33 games. They won only 6 times in the league while drawing on 14 and losing on 13 other occasions. They scored 37 in total while conceding a sum of 51 which shows that an improvement in defense is needed.

AFC Wimbledon enter this game coming off the back of a goal-less stalemate against Gillingham. They have been scored against on 5 of their previous 6 matches, leaking 11 goals in the process.

On the other hand, the Rovers reside at the 22nd position on the table with only 28 points. Of the 35 matches played, they won only 8 games while drawing on 4 and losing on 23 which being the highest number in the league. Their total goals to conceding ratio stands at 26:66 displaying their awful offense and defense.

Doncaster Rovers had a surprising 2-0 League One win to Accrington Stanley in their last outing. Gary McSheffrey’s men have seen their goal attempts be successful 6 times in the course of their recent 6 matches. The overall goals that have been scored against them during the same adds up to 9.

We envisage a win for the visitors or a draw happening this weekend as the hosts are dreadful at home winning only twice of the 16 games played at Plough Lane.