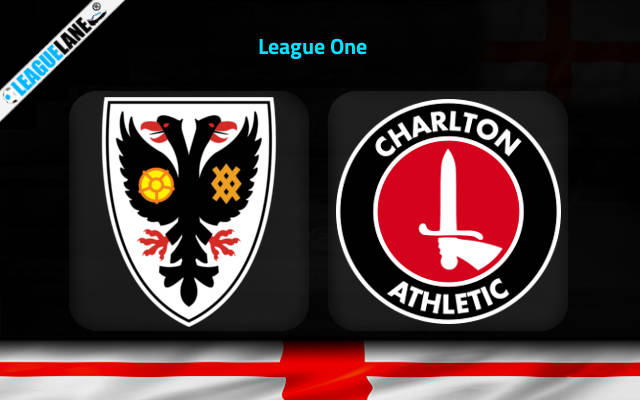 Losing the last 5 league fixtures in a row, AFC Wimbledon will be hosting the Addicks, who are on a 3-game winning streak. They will face off each other at Plough Lane, this Tuesday.

The Wombles are the absolute worst team in the competition at the moment, based on their recent form. Placed in the relegation zone, at 21st spot on the standing they have 33 points. From the 39 games played, they won 6 times in the league while drawing on 15 and losing on 18 other occasions. They are on a long losing streak, and have been conceding goals in huge numbers.

AFC Wimbledon will be looking for an improved result here following the 0-1 league loss in their previous game against Cambridge United. They have failed to prevent opponents from scoring on all of their previous 6 matches, leaking 11 goals on the way.

Charlton is at the 14th spot on the standing with 49 points from 39 games. They won 14 times in the league while drawing on 7 and losing on 18 other occasions. The side has won each of their last three league matches without conceding, and last time the Addicks went on a longer such run was on October 2020.

The hosts will be looking for another win after a 1-0 League One victory over Doncaster Rovers previously. A recurring characteristic of more recent Charlton Athletic games is the high number of scores with a nil in them.

The Wombles are currently on a 2 game losing run at home while not seeing a win since the last 11 home league fixtures. In the relegation zone, they lost the last 5 league schedules in a row.

Meanwhile, Charlton lost 4 of their last 5 away games in the league. They haven’t been beaten by AFC Wimbledon when they have played them away from home in the previous 2 league games.

We predict a draw or win for the away side, as the hosts are on a terrible form as of now and the visitors could take advantage of them.