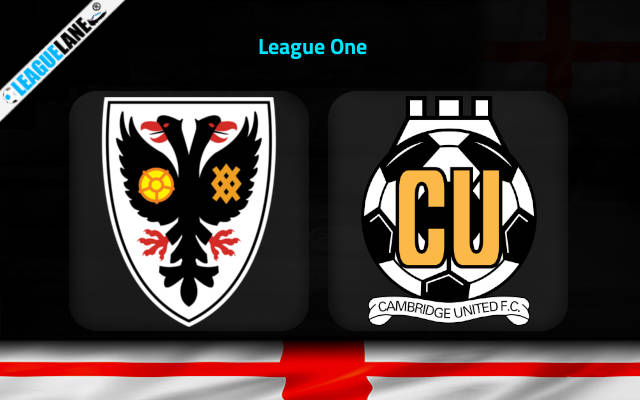 The Wombles are on a pathetic run in the league as they have lost the last 4 games in a row. Within the zone for relegation, they have never seen a victory in the league since the last 20 dreadful runs. Cambridge United lost 4 times from the last 5 games, indicating their current dry-spell. But they are at least 12 points safe from the red zone. Both sides are in dire need if a win, and they both go h2h at Plough Lane where the U’s will be arriving this Saturday.

AFC Wimbledon is at the 21st spot on the standing with only 33 points from 38 games. They won only 6 times in the league while drawing on 15 and losing on 17 other occasions. They scored 40 in total while conceding a sum of 61 which shows improvement in defense is needed as they tend to let in more often.

A 1-3 defeat to Cheltenham last week marked the Wombles’ fourth loss in succession in the league. In terms of their home performance, they have the highest ties at home ground with least victories.

On the other hand, The Yellows resides at the 17th position on the table with 45 points. Of the 38 matches played, they won 11 games while drawing a dozen and losing on 15 other occasions.

Cambridge united lost back to back league schedules against Sheffield Wednesday and MK Dons unable to score on both. They have been starved of goals over their previous 6 encounters, recording just 4 from those matches. The U’s have also seen the collective goal aggregate of their opponents equals 14.

We feel that a narrow home win is likely to happen as the visitors have not won away from home in their last 7 league fixtures. Since both teams are equally suffering in the league, the home support could favour the Wombles slightly.