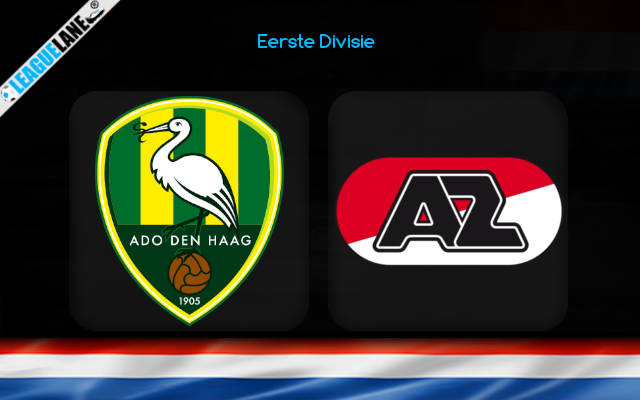 Den Haag enter this match with a winning streak of 5 games in the Eerste Divisie. Jong AZ after losing 2 back to back matches hopes for a win in the upcoming fixture as they take a road trip to Cars Jeans Stadion this Friday. Meanwhile, the hosts are planning to extend their victory streak as they have a solid home support and winning track record at their home ground.

They have never played against each other in any competition so far.

The Storks are at the 6th position residing in the zone for acquiring a promotion to Eredivisie. They have 32 points from 18 games. They lost only 4 matches while drawing in another 2 games. They came out victorious in 12 fixtures with 5 of them in the previous back to back games.

Their attacking front scores in plenty with 41 in total and also has a remarkable defensive line up conceding only 21. The 5 recent wins was against Almere, Venlo, Telstar, Dordrecht and Jong Utrecht.

Jong AZ is at the 14th position on the table with 21 points. Of the 18 matches played, they won 6 while drawing on 3. They have the highest number in losses with 9. They have the lowest scoring numbers among any other team in the league with only 14 in 14 matches. However, they have conceded a total of only 19, second best in the league showcasing their defensive style of approach.

They lost 2 back to back games against Excelsior and Eindhoven conceding 3 goals.
For 5 of the previous 6 clashes involving them have a comparatively low number of goals with the overall average number of goals per game stands at 1.67.

Fixtures involving Den Haag has proved to be interesting affairs recently with plenty of scoring being a real hallmark. They scored 16 goals in the past 6 matches and are undefeated in 12 of their last 14 Eerste Divisie games.

Martens’s side are on dreadful run, having unable to score in the Eerste Divisie since they found the back of the net last time against Roda JC Kerkrade.

We anticipate a victory for the home side stretching their winning streak at the end of 90 minutes.