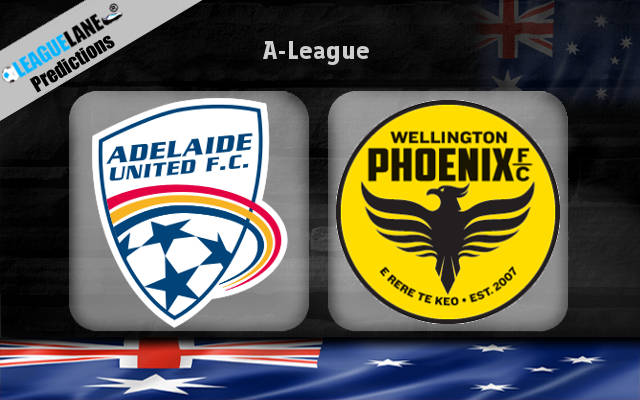 Wellington Phoenix come into this upcoming fixture on the back of 3 consecutive losses while The Reds have not yet seen a victory in the past 6 league games. A win is needed by both of the teams since they are currently on a downfall with out of form.
The Nix host the visitors at their home ground on Coopers Stadium at 1st of January for the sixth Round in the A-League.

The Reds is at the second last spot at 11 on the standing with only 3 points in hand. From the 5 games played they are still to get a win in the league but have drawn 3 times and lost on 2 other occasions. They have scored only 4 in total while conceding a number of 6 from those 5 fixtures.

Adelaide United have seen their defense breached in 5 of their previous 6 games, giving up 8 goals on the way and have rarely kept a clean sheet. Their latest 2 league fixtures ended in defeats to Melbourne Victory and Western United.

The Phoenix stays at the 10th position on the table with only 4 points. Of the 5 matches played, the number of matches won and drew stand 1 each while they lost the remaining 3 games. They managed to score only 4 while letting in a total of 10 which happens to be the highest conceding number so far in the league.

Wellington Phoenix have also been scored against in 5 of their last 6 matches, with the opposing sides getting 10 goals overall. After a win against Central Coast Mariners, they lost the next 3 games against WS Wanderers, Newcastle Jets and the latest being to Sydney FC.

Previous matches between the two has averaged 2.66 goals while BTTS has happened 60% of the time. We anticipate a draw happening this weekend, as they both are poor at home and away schedules and therefore settling for a tie is highly probable.