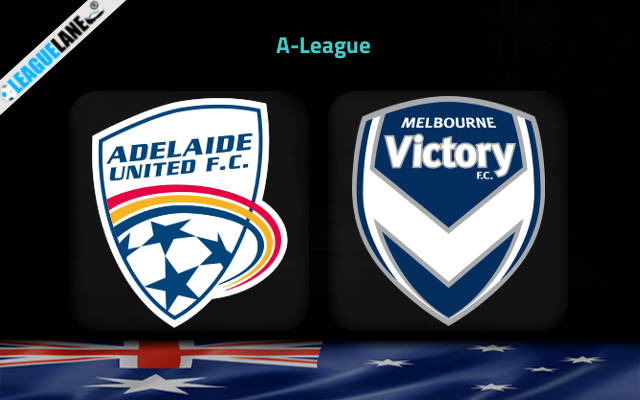 Losing twice the last 3 fixtures, Adelaide United will be hoping to turn the tables as they host Melbourne Victory who are currently on a 4-game drawing run. Both sides are in the Quarter-finals zone and will be facing off at Coopers Stadium this Saturday.

The Reds are at 3rd spot on the standing with 28 points from 20 games. They won and drew 7 games each while losing on 6 other fixtures. Their total goals to conceding ratio stands at 28:27 so far, showing their tendency to concede quite often.

Adelaide United will be wanting a better result here after a 3-0 league defeat in their last game at the hands of Central Coast Mariners. Three or more goals per match were recorded in 5 of the last 6 meetings. Opposition teams scored 8 times in these games whereas the Reds totted up 7.

On the other hand, Victory resides at the 6th position on the table with 25 points. Of the 17 matches played, they won 6 games while drawing on 7 and losing on 4 other occasions. Momentum is really building for them as they have now gone 6 games without losing. But,they have won only once of their last 5 games.

In their last fixture, Melbourne Victory drew 1-1 with Western Sydney Wanderers. It’s likely that they will score today, as they have netted in the last 6 games coming into this one and have scored 7 goals in the last 5 fixtures.

Coming into this one, Adelaide United are winless against Melbourne Victory in their last 2 league games. They are not stable at home as the side won and lost twice of their last 4 home fixtures.

Meanwhile, Melbourne Victory are without a win away from home in their last 5 league matches. But the side won their last 2 away games against this rival.

We feel that a draw or away win is more probable, as the visitors are currently on a 4-game drawing run in the league while the hosts tend to be sloppy at home.