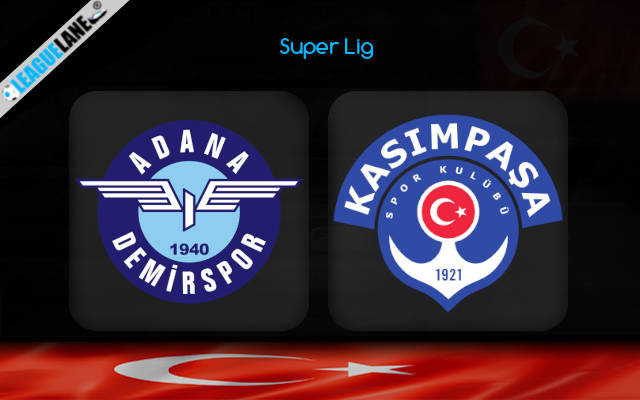 Adana Demirspor were promoted to the Super Lig after winning the 1. Lig title in the preceding season and they have had no issues competing in a higher division, 13 games into the season. Kasimpasa on the other hand needs to accumulate some points sooner rather than later if they are to avoid the drop to the second division. Read our Preview, Predictions, and Betting Tips with Analysis here.

This is the first time these teams are set to go head-to-head.

Blue Lightnings have made it to the top flight after a 26 year-long hiatus. Apart from their loss against Yeni Malatyaspor, they have only been bettered by teams within the top 8 of the league table.

With just 4 losses in the season, they are 10th in the table with 19 points across their name. Mario Balotelli who is the league’s joint third-highest goal scorer has found the back of the net 5 times this season.

Apaches are yet to show any signs of fighting to stay up in the Turkish top flight. They did avoid defeat in the opening 3 league games with a win and 2 draws. They have since taken only 4 points, with 1 win and a draw. They are currently 19th in the league, 4 points behind safety.

The hosts have been formidable on their home turf losing just once in their preceding 5 home games. They are set to face a team that has taken just 1 point on the road during the course of the season and they are unlikely to take any points from this trip as well.

ADS has scored the second-most goals by any team outside the top 2 teams in the league, with them facing a side who has kept just 2 clean sheets this season, they are expected to score in both halves.