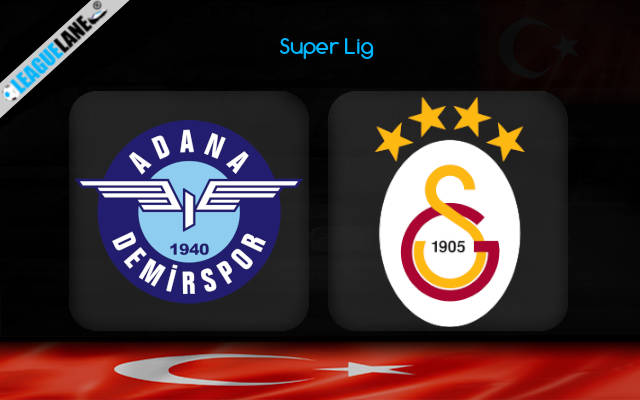 Both Galatasaray Adana Demirspor has been one of the decent performing teams in the Turkish top flight for past several years. These two will lock horns in an interesting Super Lig affair on Saturday at Yeni Adana Stadyumu.

Galatasaray have started off with a win, but lost the second and bounced back in the third. They are on an impressive form in the league since then.

Going on, they are now on a 5-game unbeaten streak in the league. It deserves to be noted that the team scored a total of 7 goals in their past 3 fixtures alone.

Meanwhile, Adana Demirspor is on a good stretch of performances lately. Their latest results highlight the fact that things are going according to plan in the Demirspor rearguard.

Defensively, Demirspor have seen their frailties exposed. Their defense leaked in 3 of their previous 5 Super Lig fixtures. However, they are still at the top of the table and are points level with their counterparts Galatasaray at the moment.

By the looks of things, expect a both teams involving competitive affair on Saturday at Yeni Adana Stadyumu.

Demirspor is on a 3-fixture winning streak in front of their home crowd and had scored a total of 7 goals in the stretch.

On the other hand, Galatasaray is on a 4-fixture unbeaten streak on the road and had won 3 in the process.

On top of that their head to head history at this stadium suggests a high-scoring, both teams scoring affair here. Considering these observations, we back the Over 2.5 Goals option as the primary bet for this one.