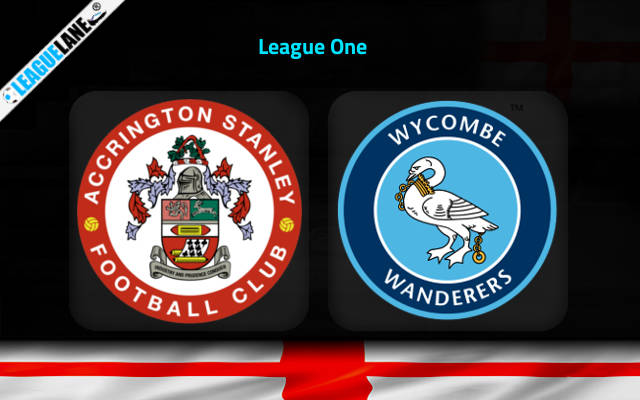 Accrington lost the last 2 fixtures in succession while they are unbeaten in each of their last 7 home league games. This upcoming fixture is held at Wham Stadium in Accrington where the Chairboys will be visiting.

Wycombe are without a win in their last two away league games, while only once this season have they gone 3 in succession without victory between August to September. They couldn’t find a win over the past 6 league schedules and they only lack a single point from the Play Offs.

Wycombe is at the 7th spot on the standing with 55 points from 33 games. They won only 15 times in the league while drawing on 10 and losing on 8 other occasions. They scored 53 in total while conceding a sum of 43 which shows that they tend to let in more often.

The Chairboys lost the least league fixture to Wigan by 3-1 ending their hat-trick run of draws in the league. Goals have been seen as many as 20 times in the last 6 matches in which Wycombe have taken part, giving a mean average of 3.33 goals per meeting.

On the other side, Stanley resides at the 14th position on the table with only 43 points. Of the 33 matches played, they won 12 games while drawing on 7 and losing on 14 other occasions. Their total goals to conceding ratio stands at 41:51 displaying their far from perfect defense.

Accrington lost the last two league schedules to Cambridge and Doncaster without even getting onto the scoresheet. They have been scored against on 5 of their previous 6 games, giving up 8 goals in the way.

Four of the last six league meetings when the Stanley have hosted Wycombe have ended in a draw, with a win apiece for both sides.

Wycombe Wanderers are without an away win since the last 2 matches in the league meanwhile the hosts have not been beaten in their last 7 home league fixtures. Therefore we anticipate a home win to occur this weekend.